The Jewish Anti-Fascist Committee members stand at podium and appeal for the world to oppose Hitler. Solomon Mikhoels, director of Yiddish Theater, is first to take the stand. Peretz Markesh, the poet, speaks briefly. Sergei Eisenstein, film director, speaks from notes in English on the same theme. Larger group seen as they sign a document calling for world Jewry to oppose Hitler. Signators include Ilya Ehrenbourg. 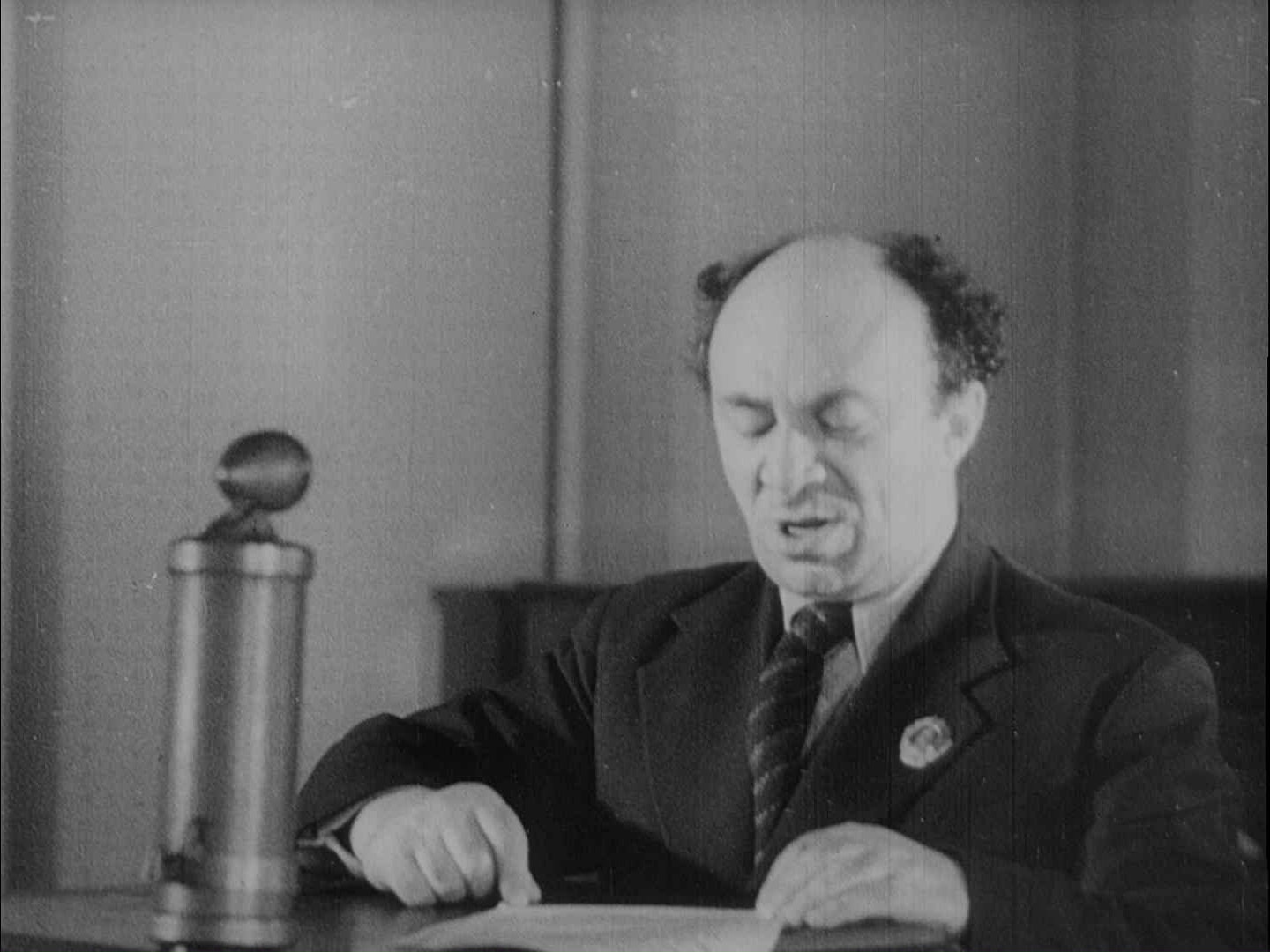