A Post Film. Lots of shots (MS, CU, MCU etc.) of children: poor, well-off, urban, rural. Some are very appealing. None are recognizable nor identifiable as Jewish or Gyspy. 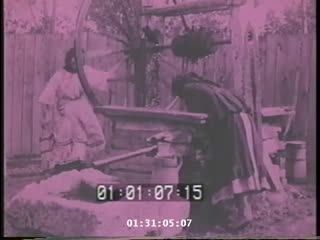 Legal Status
Permanent Collection
Film Provenance
The United States Holocaust Memorial Museum purchased this from University of South Carolina Newsfilm Library in Columbia, South Carolina in April 1992. The footage was obtained as research for the Museum's Permanent Exhibition.
Note
This film is not in color. The original 35mm black and white nitrocellulose print is tinted reddish orange in some scenes and blue in others.