The clip begins, with a JDC spokesperson speaking at a podium: "...of the 80,000 Jews who have survived in Poland today, at least 70,000 require assistance." Then, voice over narration begins with music in the background and montage of shots described below: "...though the number is tragically small the need is greater than ever, for them JDC alone halts the hand of death..." 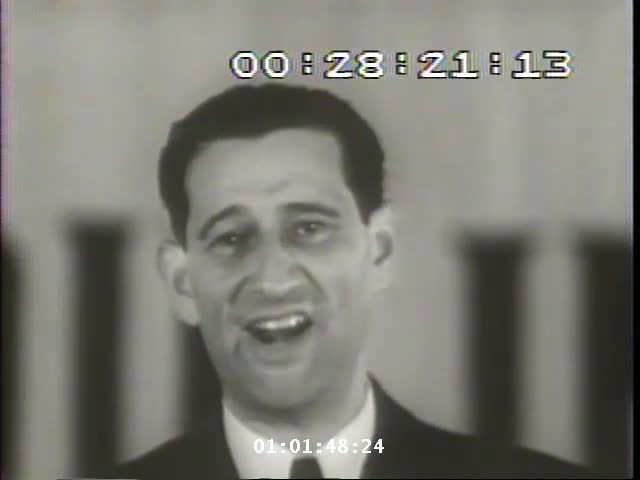 Copyright
Copyright. American Jewish Joint Distribution Committee
Conditions on Use
The American Jewish Joint Distribution Committee (JDC) (archives@jdc.org) film materials are on permanent loan to the National Center for Jewish Film (pontius@brandeis.edu) from whom the materials can be licensed.
Record last modified: 2020-02-04 10:38:55
This page: https://collections.ushmm.org/search/catalog/irn1000530