Suffering of Romani people after 1943

Roma encampment, mostly women and children prior to being moved into enclosed (fenced) camp. Smoky campsite, VS of tents with women cooking, children look at camera. One women lights cigarette, pan to group of children, another tent. Woman in colorful blouse with water container. Tents in BG. Kids smile as she goes by, CU of container. MLS pan of campsite area, soldiers in BG. Women and children lined up for group portrait. MS of large badly damaged building. 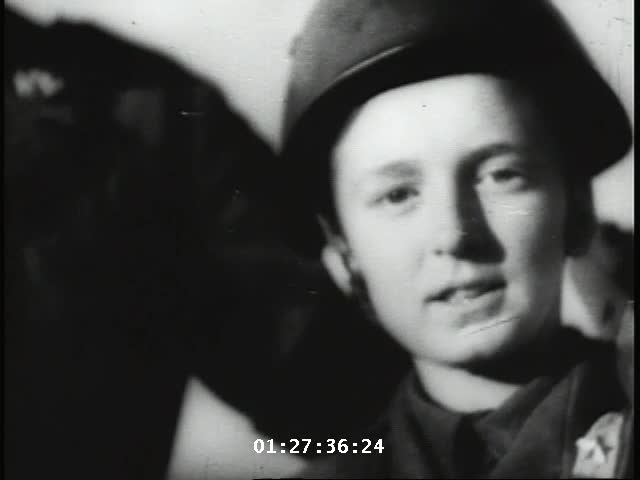