Excerpts of "Oswiecem" film showing Auschwitz after liberation filmed by the Soviet military. Film clips including: Men and women behind barbed wire, winter, snow, view from the air of concentration camp barracks, electrified fence, interior of the women's area, corpses in front of buildings with a woman and child walking near them, children's concentration camp, children behind barbed wires showing the numbers [tattooed] on their arms, emaciated corpses, crematoria where they were burned, canisters of poison gas, Soviet soldiers in front of open mass graves, piles of cut hair, dentures, gold, eyeglasses. 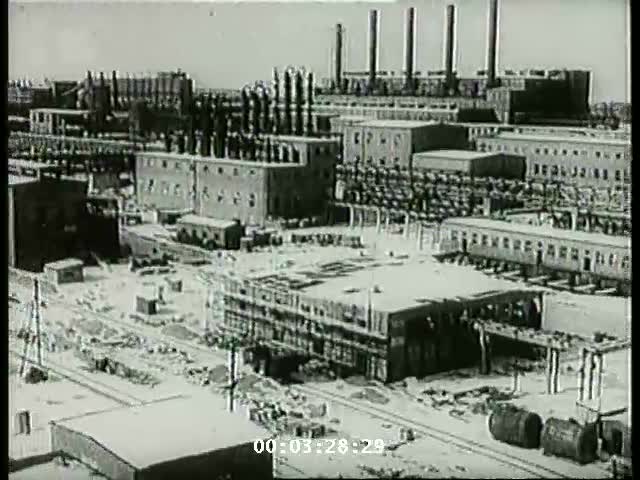