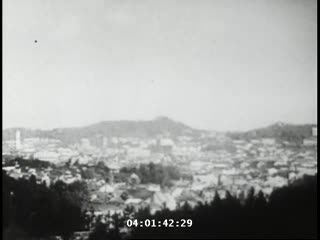 Credit
Accessed at US Holocaust Memorial Museum, courtesy of The Steven Spielberg Jewish Film Archives of the Hebrew University of Jerusalem

Biography
In 1938 and 1939, Shaul and Yitzhak Goskind of Warsaw-based Sektor Films produced six short films about urban Jewish communities in Poland. One, about Łódź, is lost. The other five-on Bialystok, Cracow, Lwow, Vilna, and Warsaw-have survived and are now called "Five Cities". These low-budget 35mm films were made for Landsmanshaften groups in America for fundraising purposes. On the eve of war, the Goskinds sent the films to Joseph Seiden, the prolific director in New York who distributed Yiddish newsreels and feature films in the US and Europe.