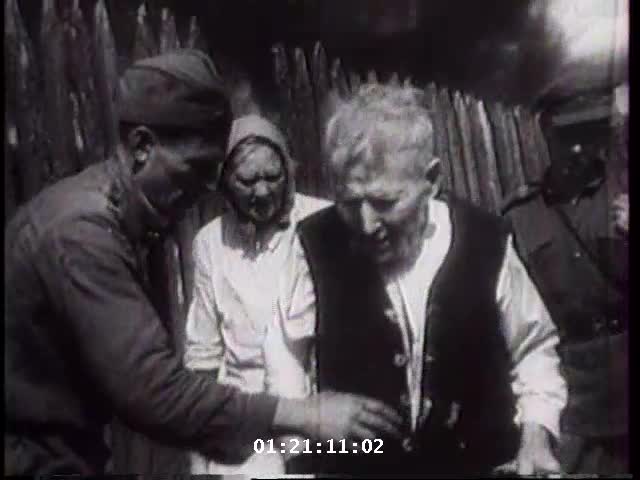 Legal Status
Permanent Collection
Film Provenance
The United States Holocaust Memorial Museum purchased this from the Estonian Film Archives in December 1991.
Note
Klooga, a subcamp of the Vaivara concentration camp in northern Estonia, was established in the summer of 1943. It held approximately 2,000 to 3,000 male and female Jewish prisoners, most of whom arrived in August and September of 1943 from the Vilna ghetto, though some came from Kovno and other ghettos. There were also about 100 Soviet POWs in the camp. The male and female prisoners were divided into two camps, which were only 600 yards apart. Each had a large two-story building which housed the prisoners and was enclosed by barbed wire, as was the camp as a whole. Klooga was guarded by both German and Estonian SS units. Prisoners worked in the cement, brickworks and sawmills at Klooga, as well as in a factory that manufactured wooden clogs for the camp. Conditions for the Jewish prisoners were extremely harsh, though reportedly the camp elder and most of the Jewish Kapos treated the other prisoners humanely. There was a small Jewish underground in the camp, mostly consisting of Jews from the Vilna ghetto, but it was unable to mount an effective resistance due to the frequent transfers of prisoners from camp to camp. As the Soviet army advanced through Estonia in July and August of 1944, many Klooga prisoners were transferred to Stutthof. Early on September 19, 1944 German and Estonian SS surrounded the camp and began slaughtering prisoners in a nearby forest. Approximately 2400 Jews and 100 Soviet POWs were massacred in this action. On September 28 when Soviet troops liberated Klooga, they found the bodies of the slain prisoners stacked for burning. Some 85 prisoners who had managed to hide within the camp or escape to the forests, survived the final action. [Gutman, Israel. "Encyclopedia of the Holocaust." MacMillan, 1990.]
Film Source
Eesti Filmiarhiiv
File Number
Legacy Database File: 2817

Copyright
Copyright. Eesti Filmiarhiiv
Conditions on Use
Contact Eesti Filmiarhiiv at efa@efa.ee for permission to reproduce and use this footage.
Record last modified: 2020-02-04 10:38:51
This page: https://collections.ushmm.org/search/catalog/irn1002161