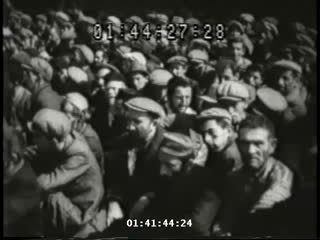 Legal Status
Permanent Collection
Film Provenance
The United States Holocaust Memorial Museum purchased this video collection from the National Center for Jewish Film for general reference in July 2000.
Note
It is not clear that this assortment was shot at the same time and in the same location. Requires identification and confirmation with NCJF.