President at New York World's Fair. General view, President arrives. Car passes camera. Speakers stand, photographers, radio broadcasters. CU, corner stone. President holding trowel. President laying stone. General shot of crowd, monument in BG. CU, Eleanor Roosevelt introduces her husband. Presidential address to the National Education Association, FDR at microphone: "Freedom to learn is the first necessity of guaranteeing that man himself shall be self-reliant enough to be free. Such things did not need as much emphasis a generation ago....The torch of free thought and free learning still burns bright. If the fires of freedom and civil liberties burn low in other lands, they must be made brighter in our own. Books may be burned and cities sacked, but truth, like the yearning for freedom, lives in the hearts of humble men and women." 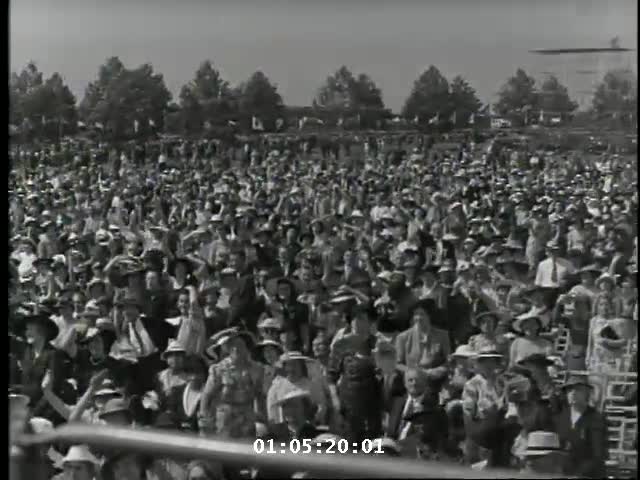