"News Flashes!" Hitler Protest, New York City. Shot of protest parade against Hitler's treatment of the Jews in Germany. Shot of Major General O'Ryan, world war Commander of the 27th Div, at the head. Crowd shot, shot of the marchers in Battery Park. Close shot of placards, including: "Hitler / This is not the dark ages." CUs, onlookers. 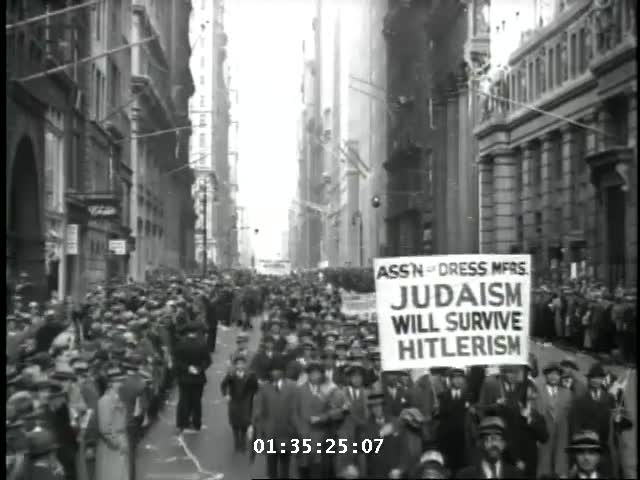