Info from the MOT story card: Even more horrible than the fate of fugitives from war is the lot of the ever increasing army of fugitives from Nazi terror. Not just Jews, but all who do not agree with Nazi doctrines are victims. Those who escape the concentration camp are hounded from land to land by Hitler's machinations. But his very tactics were to unite the democracies in protest, and in affirmation of the doctrines of liberty. 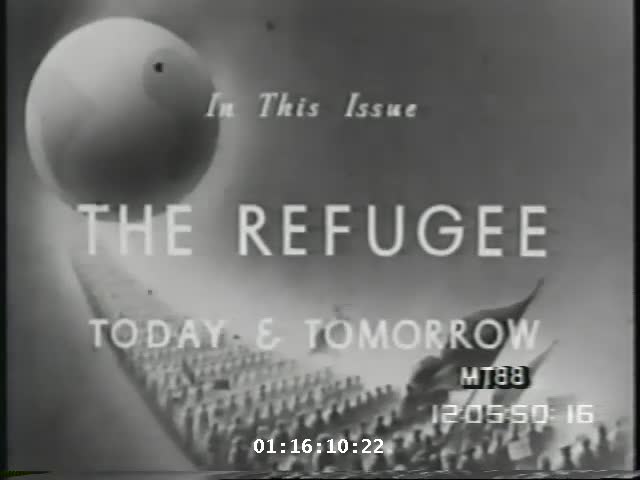 Film Title
The Refugee-Today and Tomorrow