Titles: At the foot of Wawel Castle.
Very brief glimpse of Orthodox Jews walking past. 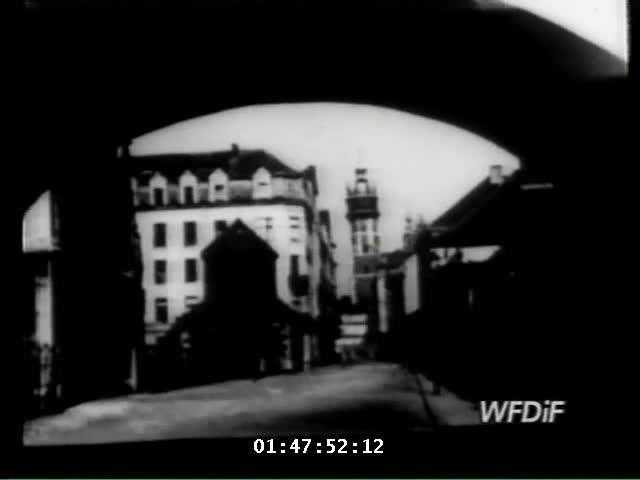 Copyright
Filmoteka Narodowa
Conditions on Use
Contact FINA customer service team at dokument@fina.gov.pl for permission to reproduce and use this film.
Record last modified: 2021-06-03 12:41:28
This page: https://collections.ushmm.org/search/catalog/irn1003266