Majdanek after liberation. Sign acknowledging the L. Rechkemmer firm of Warsaw for providing the heating and plumbing facilities at the camp. Human skulls in the grass. Eyeglasses, shoes, hairbrushes, other personal belongings. Soviets inspecting the camp, walking across a huge pile of shoes. Crowds line the streets, greeting returning Polish army. Man standing on a tank speaks to crowd. 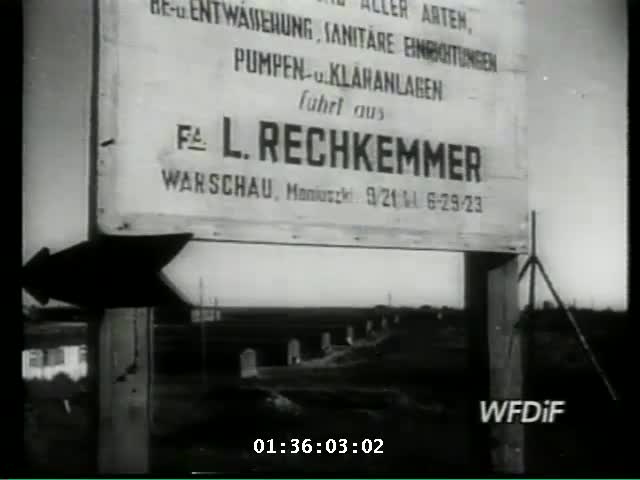 Copyright
Copyright. Filmoteka Narodowa
Conditions on Use
Contact FINA customer service team at dokument@fina.gov.pl for permission to reproduce and use this film.
Record last modified: 2020-08-04 09:21:23
This page: https://collections.ushmm.org/search/catalog/irn1003280