Reel 2
CUs, documents. Contemporary footage - interview, man reading from letter, inside museum exhibit showing books and a button in the shape of a Star of David. Forced laborers on a mountain. Meeting with Nazi officials. German planes. Contemporary footage of man singing a song in Bulgarian and playing the guitar, inside the museum exhibition (the song is performed other times over the duration of the film). Eichmann. Bulgarian Jews with star patches deported on trains (See Story RG-60.0466 on Film ID 246 for more detail). Eichmann on trial. CUs, documents. Jews gathered in town square. Deportation of Jews walking in line, getting on and off trucks, on and off trains, with baggage, onto large ship "Saturnus". (See Story RG-60.0466 on Film ID 246 for more detail). Still photographs of mass murder - pits with corpses. 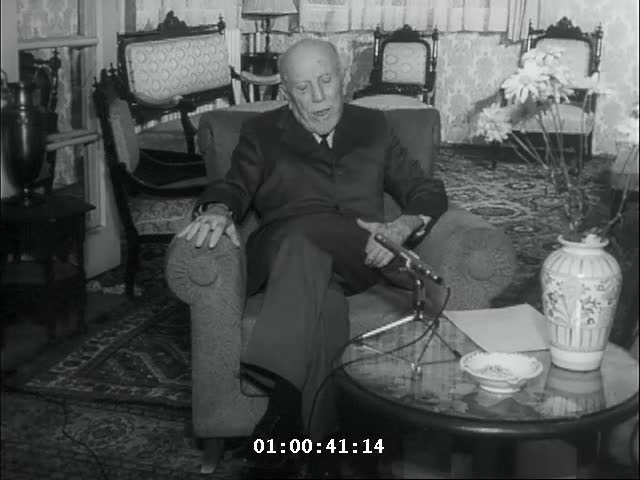 Legal Status
Permanent Collection - not accessioned
Note
Film narration needs to be analyzed further by a Bulgarian speaker.
See Film ID 2777 for the beginning of this film and 2779 and 2780 for the continuation of this film.
Original notes indicate that the deportation footage illustrates the deportation of the Jewish communities of Kavala, Seres, and Drama in what is now Northern Greece. The deportation started on March 4, 1943 and consisted of 3000 people. The people were driven by trucks to the railway station in Drama and without food and water put on trains and taken to Gorna Dzumaya where they lived in a temporary camp until March 18, 1943. On that day, they were locked in wagons and taken to Lom on the Danube river. At the port of Lom, four ships with 4000 "passengers" on board left for Vienna on March 20 and 21, 1943. Their next stop was Treblinka.