Reels 36-39. German soldiers kneel down in the woods. They use various tools to construct a track. After they have completed the tracks, they attempt to move a vehicle over them. It gets stuck. A train of covered wagons pulled by horses moves by. Soldiers ride on horseback. Trucks drive across the dirt road, clouds of dust come out from under their wheels. The men on horseback follow. Two men on the left struggle with a motorcycle and sidecar, attempting to push it through ruts in the dirt. Soldiers march alongside horses pulling carts. They halt momentarily, before continuing their march on the rough terrain. More soldiers come up the road, kicking up dust with every step. A soldier on horseback followed by marching troops, walking along a picket fence in a rural area. They come to a stop before marching again. Rural housing in the BG. Some of the men smile. Four bathe in the river, washing themselves from their waists up. They comb their hair. 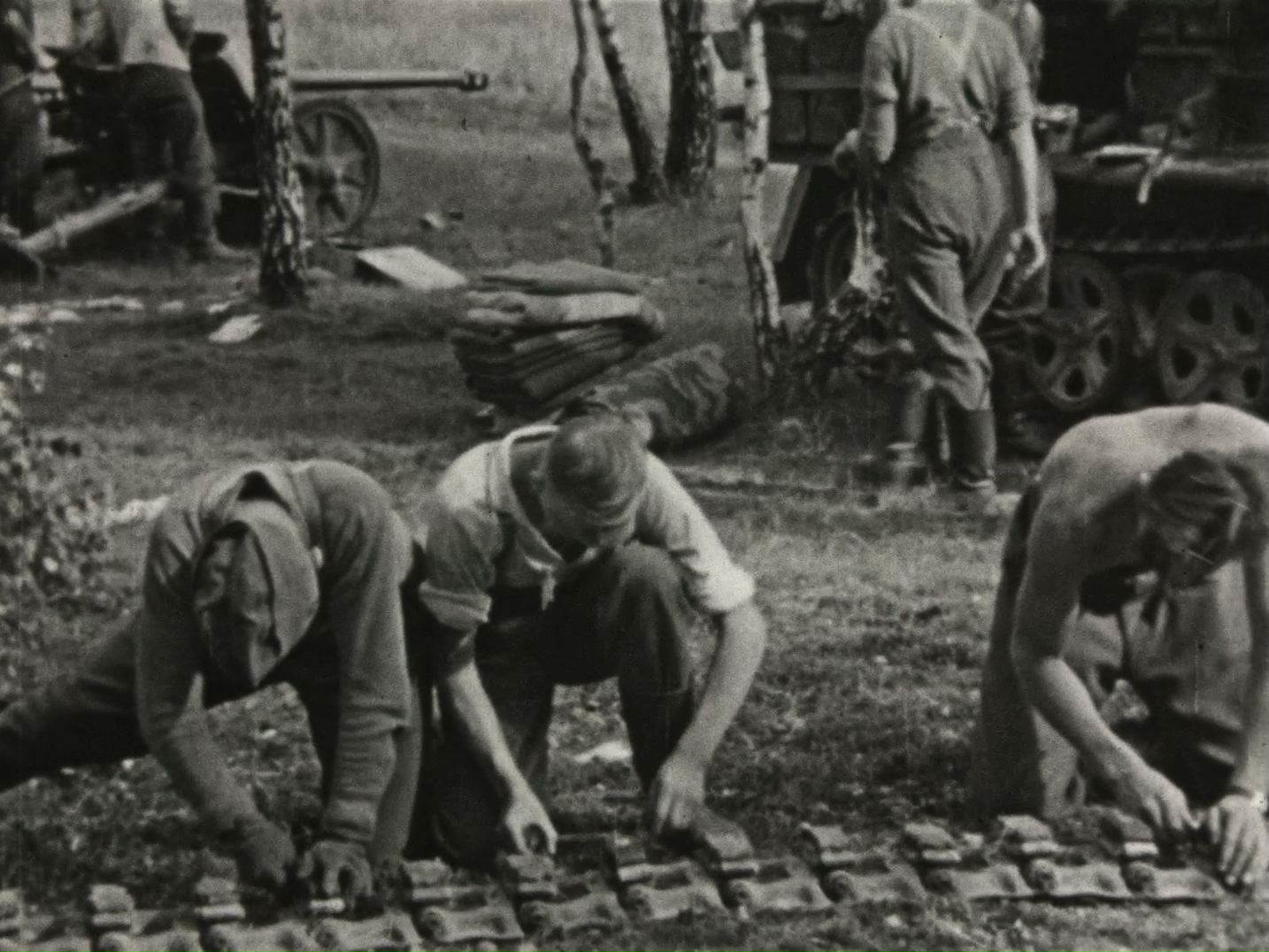 Biography
Omar Sawyer (1886-1969) was manager of woodlands for the Hollingsworth and Whitney Company of Waterville; he also managed cutting on Ball Mountain. He moved to Bingham in 1912. His son Donald was born there in 1920 and became a World War II Navy pilot in 1942. He moved to Florida and then returned to Waterville.