Reel 3. A rural landscape from a train as it quickly moves by. Windmills. A boat on a canal. More waterways. Farmland. Women and children walk on a sidewalk. Buildings with scaffolding along the front. The Old Town Square in Warsaw. Doors open on a balcony. A woman holding her son. People outside of Holy Cross Church. A street corner and the building above. A woman pours cups of water on the sidewalk. A shoeless boy on the sidewalk. Children gather on steps in a doorway. A woman sits with her son on her lap. Another mother sits with her child who is eating soup. Plants. Through an iron gate, view of a man sitting outside, some kind of interior courtyard. A man walks up stairs in an alley. Children stand on the sidewalk in front of a doorway, next to a laundromat: “PRALNIA BIELIZNY NEMICZNA”. The children attempt to climb up a pole. A woman and child walk along the sidewalk. Scaffolding on all the buildings. More women and children on sidewalks and in doorways. A girl in a white dress with a flower crown. Men dressed in suits and hats exit a building. Many of them carry umbrellas and folders. A woman walks down the street with a bundle. A boy plays a viola. Men exit vehicles and enter the building seen earlier. They have folders and briefcases, some have canes or umbrellas. A man gets out of a horse-drawn carriage and walks towards the building. Two women enter. More men enter the building. A man walks the two women from before back out on the street and directs them up the block. One elegantly-dressed woman carrying a stack of folders enters the building, smiling at the camera. A man tips his hat to the camera. Very brief view of troops behind an obelisk with a wreath on the side. 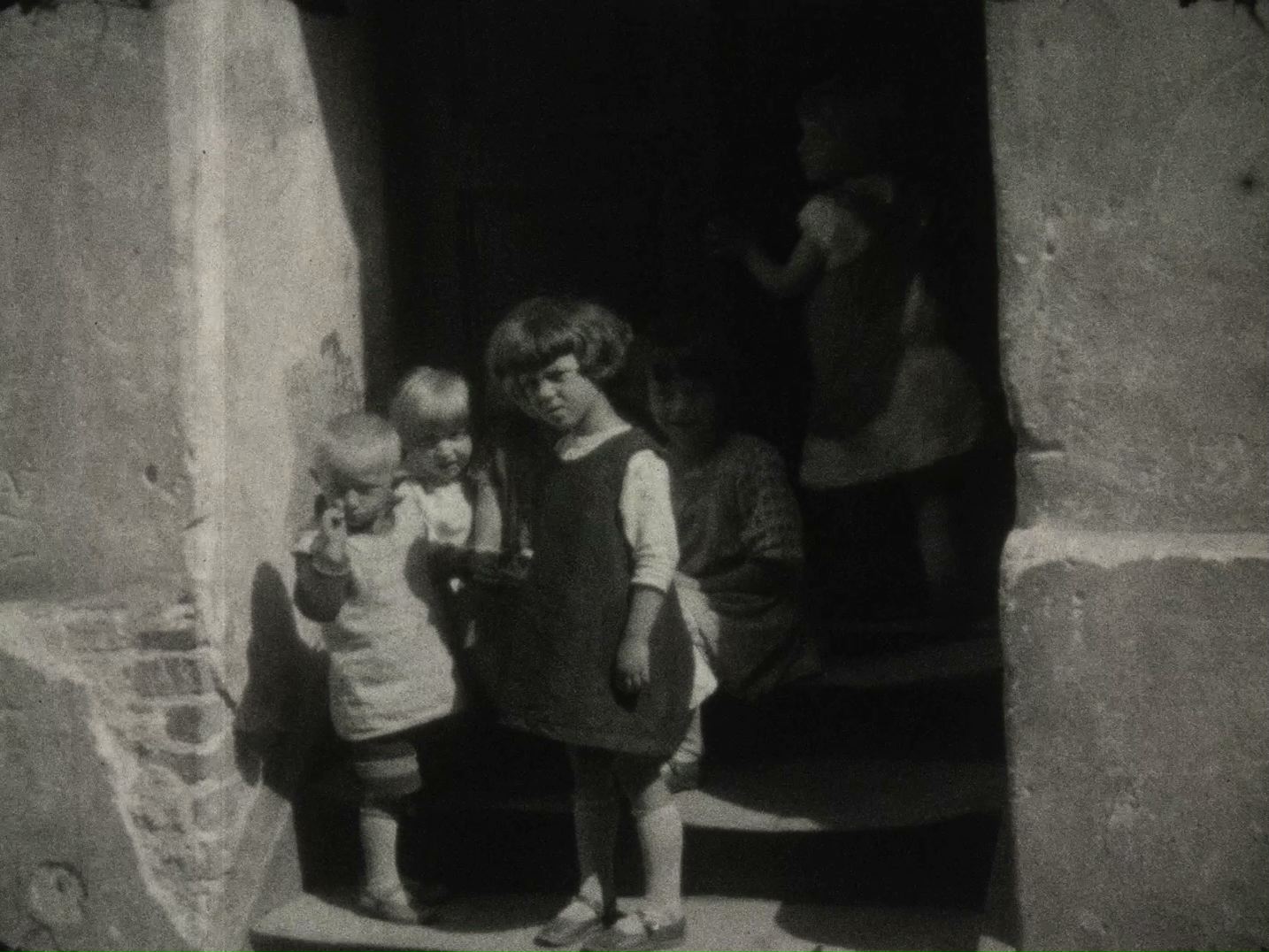 Biography
Oscar Rempel Houston was born in 1884 in Logan, Ohio. Houston married Nelly Snead McDonald in 1912. They had three children: Charles, Barbara, and Janet. Houston resided in Great Neck, New York, for much of his life. He was living in Manhattan when he died in 1969 at age 86.
Houston graduated from Columbia College in 1904 and from Columbia Law School in 1906. As counsel and senior partner at the New York firm of Bigham Englar Jones & Houston, he specialized in admiralty law, at one time serving as president of the Maritime Law Association of the United States.

Houston was an avid traveler, fisherman, and mountaineer. His son, Charles Snead Houston, was a pioneering alpinist, introduced to the sport by his father, and supported and accompanied by him on several expeditions, including the Mount Foraker and Nanda Devi expeditions documented in this collection.

Legal Status
Permanent Collection
Film Provenance
The Film and Video Archive purchased high-resolution copies of amateur films collected by the landmark New England regional archive Northeast Historic Film in October 2016.
Note
The Oscar R. Houston Collection at NHF consists of 29 reels of amateur 16 mm. film. The majority of the collection was shot by Oscar Houston between 1926 and 1956, with other members of the Houston family shooting occasional scenes. The home movies include footage of the construction of the Houston family home in Great Neck, NY, as well as many scenes of the family at that home over the years. Family documentation also includes events such as graduation ceremonies and weddings, and extensive footage of the family's international travels. Among the travel films are reels taken by Oscar and his son Charles S. Houston of the first ascent of Alaska's Mount Foraker in 1934, and by Charles of his party's 1936 Nanda Davi expedition in the Himalaya Range. http://oldfilm.org/collection/index.php/Detail/Collection/Show/collection_id/504
Copied From
16mm 16fps
Film Source
Northeast Historic Film
File Number
Source Archive Number: NHF 1996_034_0003