Color. Ocean. Boats. Waves wash over rocks. More boats on the horizon. INT, an older woman clasping a necklace around the neck of a younger woman in white, the bride, a Holocaust survivor from Kastoria, Lena Elias. A little girl sits next to her. They are all fancily dressed. More women, including Kastoria Holocaust survivor Berry Nahmia, join them and tend to Lena, fixing her hair, attaching her veil, arranging it over her face, adjusting her train, etc. Lena paces, smiling. Low-lit shot of Lena sitting surrounded by two young children and other family members. The groom, a Jewish Holocaust survivor rescued by Lena's father (also from Kastoria), Maurice Russo, kisses her cheek and shakes the hand of an older woman. This woman kisses Lena’s cheeks. The couple stands arm in arm outside, surrounded by family members. Lena, two young girls, and the older woman get into a waiting car. Wedding guests stand outside the synagogue in Salonika. Pan up the façade of the synagogue. A car pulls up out front. Maurice opens the door and helps Lena out. CU, INT bride and groom at the altar. Lena and Maurice receive their wedding guests in a room with large menorahs. A group of people dance the hora. The group becomes larger. end 04:35 [black for 45 seconds.] 04:50 Lena, now in a black dress, and Maurice cut the cake. Guests, including survivor Beni Elias, eat cake. 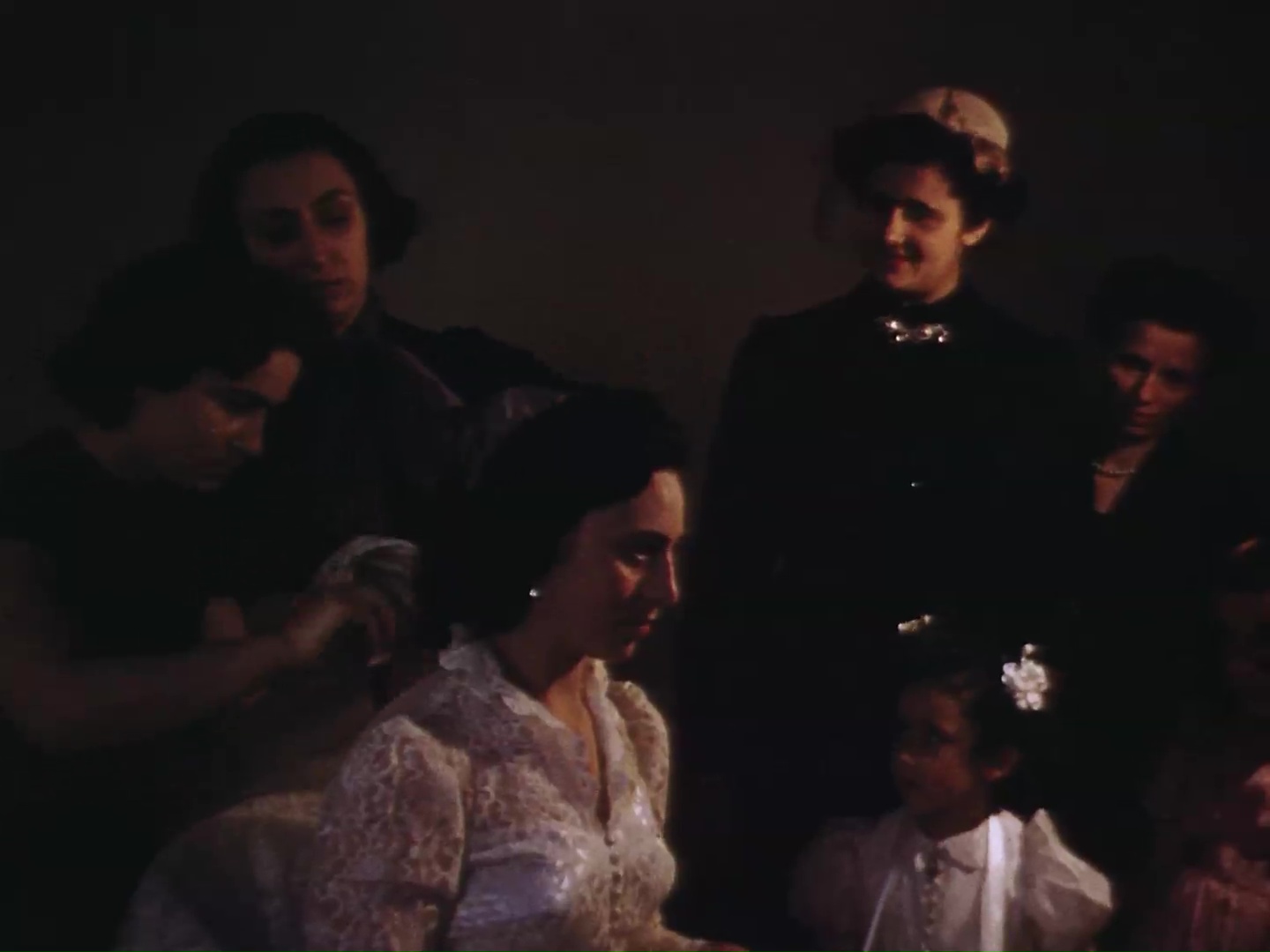 Legal Status
Permanent Collection
Film Provenance
Lawrence Russo, the son of Lena Russo, donated a digital transfer of her color wedding film to the United States Holocaust Memorial Museum in May 2017.
Note
The story of Lena Elias and Maurice Russo was featured in the 2016 documentary "Trezoros" directed by Larry Confino and Lawrence Russo. The film illustrates the Greek Sephardic community of Kastoria. Of the 1000 Jews who lived in Kastoria before the Holocaust, only 35 survived.
Copied From
16mm
Film Source
Lena Elias Russo
Mr. Larry Confino