"Visiting Yael at Work" Inside the cutting room, Yael Perlman, Ziva Postec, and Claude Lanzmann edit sequences for the film SHOAH. David Perlov narrates his visit to his daughter as Lanzmann describes his approach in French. The voice of interviewee Simon Srebnik in German can be heard in the background.

"Yael is working on Claude Lanzmann's film, SHOAH. It is a hard, almost unbearable confrontation for her. Like myself, Yael admires this man who had devoted already years to this project with untiring persistence, no compromise. His approach is dry, unemotional, like that of a legal prosecutor who needs no rhetoric, no artistic emphasis, he needs only documents.... I think, he wants to create a great document.... At night when we meet, Yael searches for words, unable to assimilate the images she saw during the day. I hear Claude Lanzmann and his credo in this film.... I leave them to their work with a sense of awe." 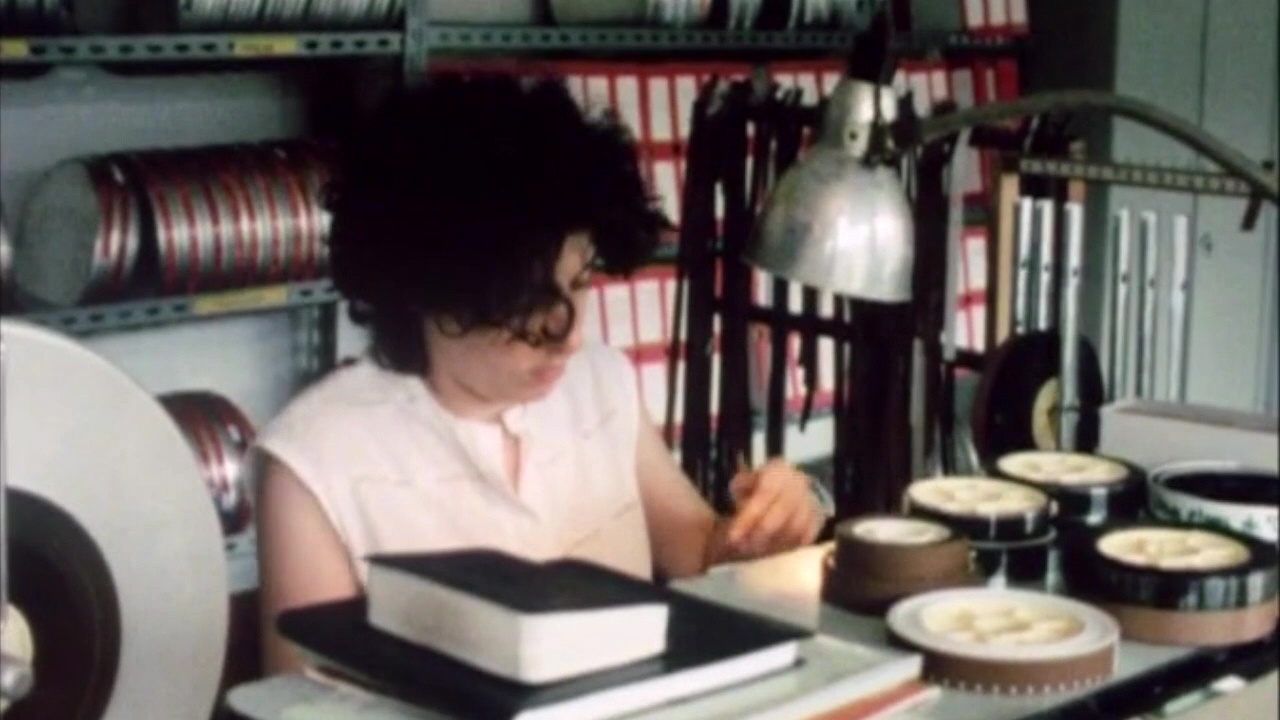 Credit
Accessed at US Holocaust Memorial Museum, courtesy of Re:Voir

Biography
Claude Lanzmann was born in Paris to a Jewish family that immigrated to France from Eastern Europe. He attended the Lycée Blaise-Pascal in Clermont-Ferrand. His family went into hiding during World War II. He joined the French resistance at the age of 18 and fought in the Auvergne. Lanzmann opposed the French war in Algeria and signed a 1960 antiwar petition. From 1952 to 1959 he lived with Simone de Beauvoir. In 1963 he married French actress Judith Magre. Later, he married Angelika Schrobsdorff, a German-Jewish writer, and then Dominique Petithory in 1995. He is the father of Angélique Lanzmann, born in 1950, and Félix Lanzmann (1993-2017). Lanzmann's most renowned work, Shoah, is widely regarded as the seminal film on the subject of the Holocaust. He began interviewing survivors, historians, witnesses, and perpetrators in 1973 and finished editing the film in 1985. In 2009, Lanzmann published his memoirs under the title "Le lièvre de Patagonie" (The Patagonian Hare). He was chief editor of the journal "Les Temps Modernes," which was founded by Jean-Paul Sartre and Simone de Beauvoir, until his death on July 5, 2018. https://www.newyorker.com/culture/postscript/claude-lanzmann-changed-the-history-of-filmmaking-with-shoah

Legal Status
In process
Film Provenance
The US Holocaust Memorial Museum obtained a digital copy of this excerpt from a researcher in 2016.
Note
In early 1973, David Perlov bought a 16mm camera and filmed his everyday life alongside the dramatic events that took place in Israel at the time. He continued for 10 years until Channel 4 of British television expressed an interest in the project in 1983 and broadcast the film. The result was Perlov's work Diary (יומן).
Film Source
Unknown