Nazi sympathizers in the United States, 1934

A Nazi-sympathizing group, the Silver Shirts were established by William Dudley Pelley the day after Hitler was elected chancellor. Legion members wore a large "L" on their uniform in the upper-left of their shirt, an emblem standing for liberation from materialism, loaytly to the United States, and the Silver Legion. Membership soared to more than 15,000 in the US in 1935. 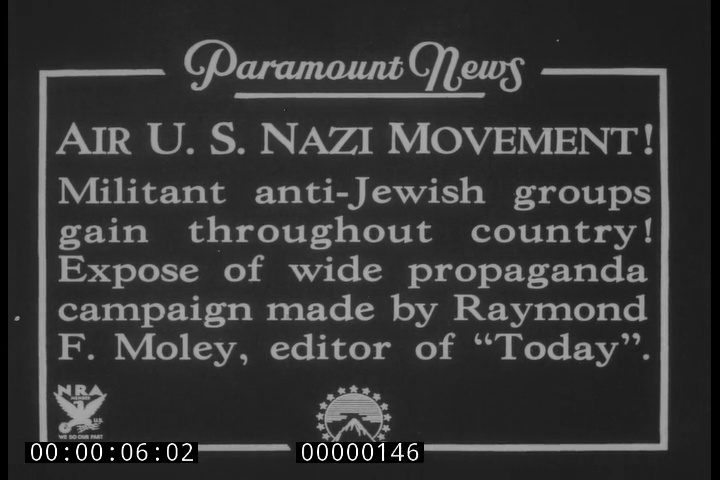