A Jewish brother and sister who are living in hiding in Boissy-Saint-Leger, France, pose outside near a wire mesh fence. 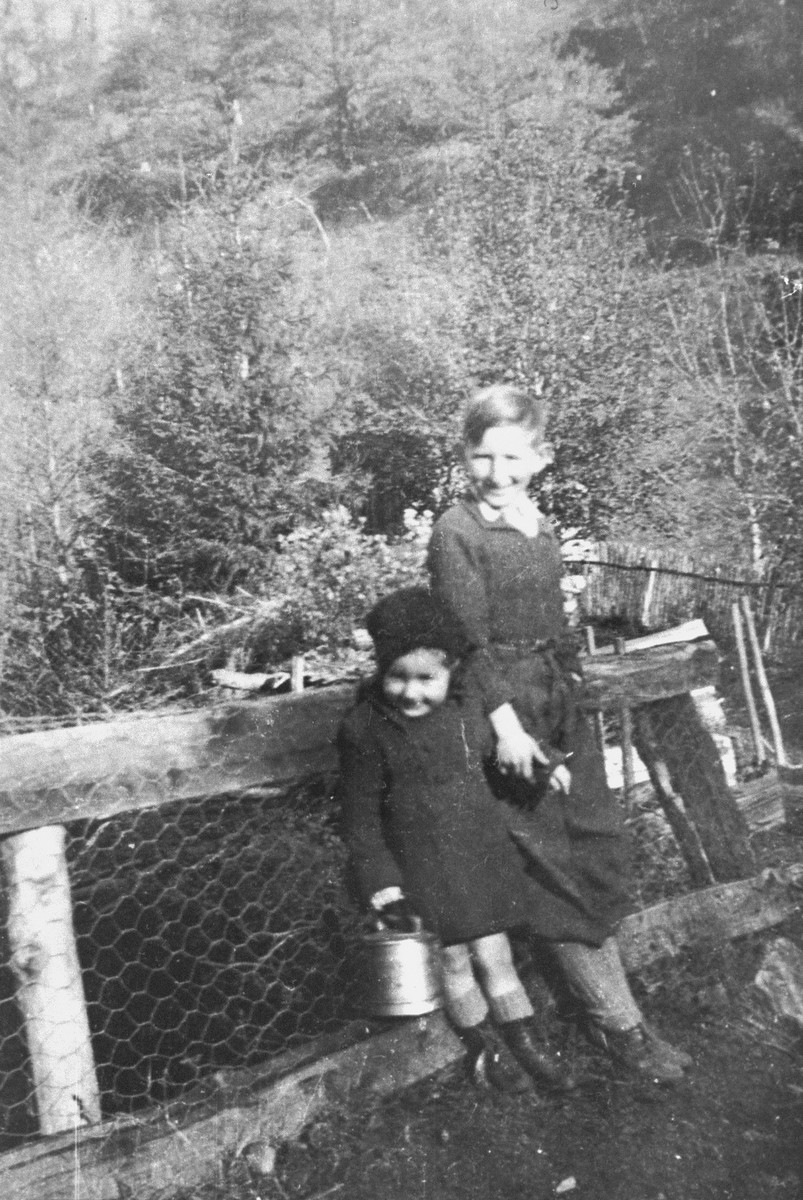 A Jewish brother and sister who are living in hiding in Boissy-Saint-Leger, France, pose outside near a wire mesh fence.

Pictured are Michel and Olga Zilberstein.