The Morgenstern family poses with their rescuer, Walentyna Zak, while living in hiding. 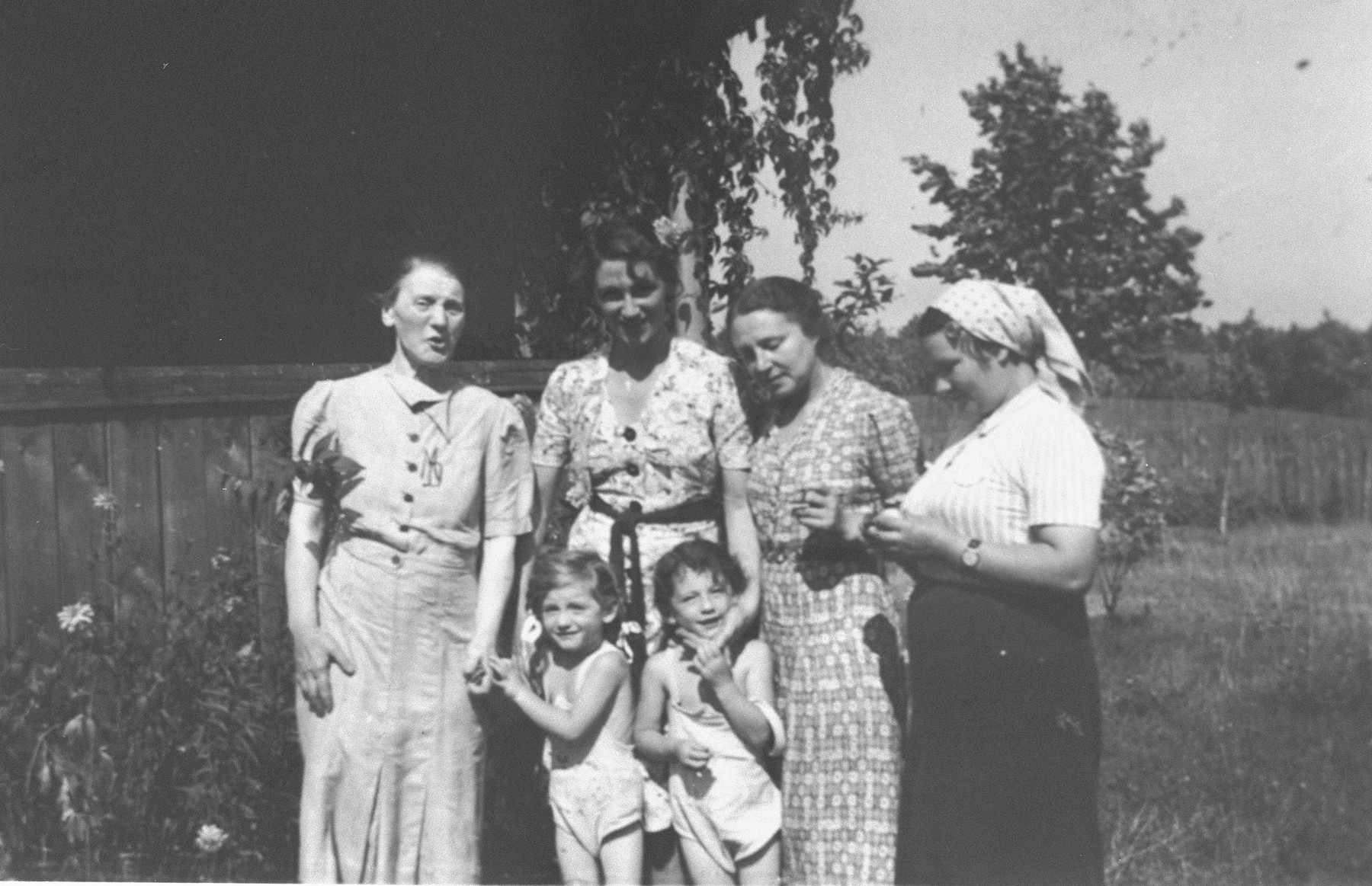 The Morgenstern family poses with their rescuer, Walentyna Zak, while living in hiding.

Pictures in front are the twins, Sylvia and Anna. Standing behind from left to right are Dorota Morgentstern, Maria Morgenstern, Stefania Minc and Walentyna Zak.