Three young Jewish DPs look out of the window of their train holding a homemade Zionist flag as they depart from Buchenwald on the first leg of their journey to Palestine. 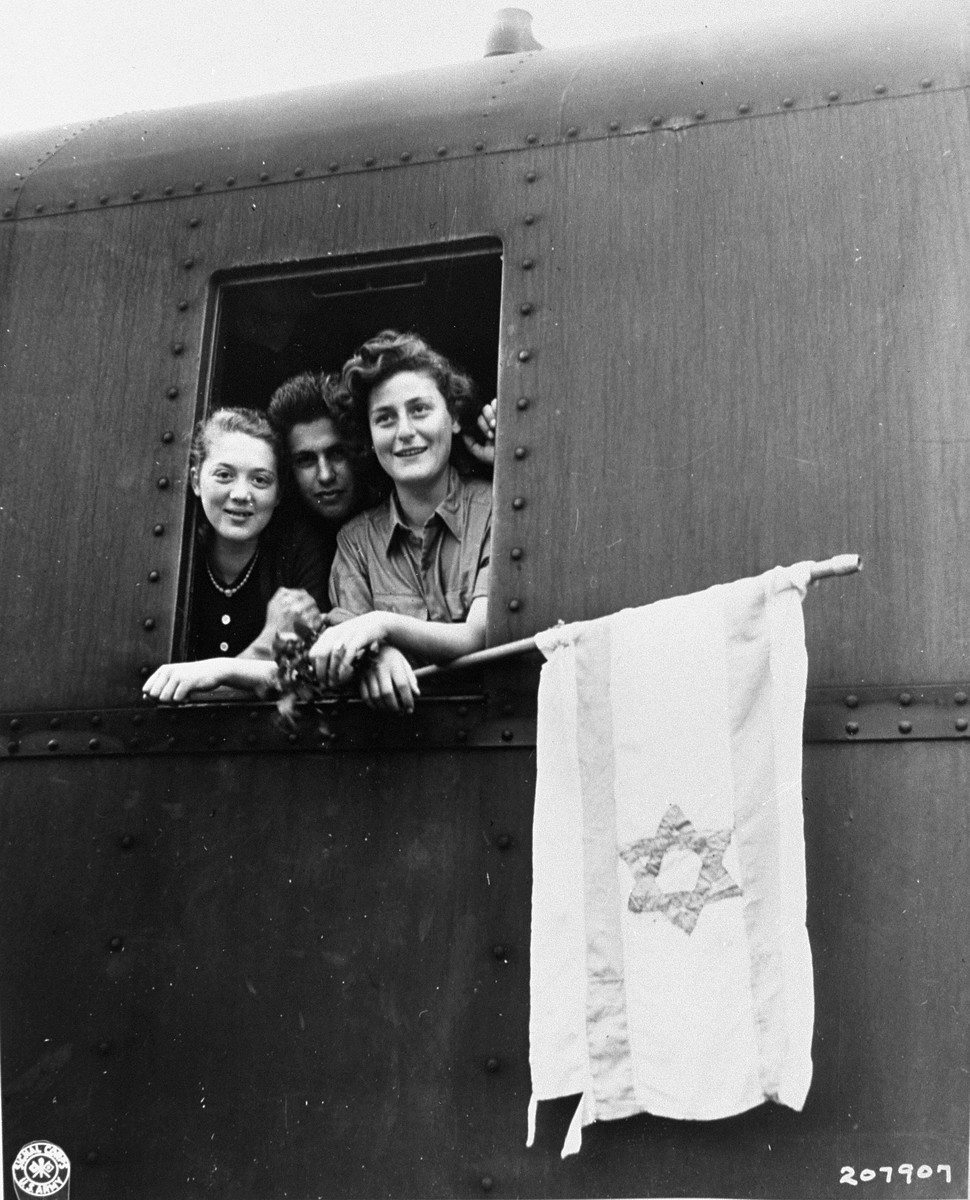 Three young Jewish DPs look out of the window of their train holding a homemade Zionist flag as they depart from Buchenwald on the first leg of their journey to Palestine.

The original caption reads, "These three Jewish children are on their way to Palestine after having been released from the Buchenwald concentration camp. The girl on the left is from Poland, the boy in the center is from Latvia and the girl on the right is from Hungary."

Pictured are: Yetty (Yocheved) Halpern Beigel (left); Martha Weber (right); and an unidentified Jewish youth from Latvia. Yetty was imprisoned in Bergen Belsen. In April 1945, she was placed on a transport enroute to Theresienstadt, along with more that 2000 other prisoners. As the end of the war neared, their captors abandoned the train, and the survivors were liberated by the U.S. Army near Magdeburg, Germany. Yetty was sent to the U.S. Military Hospital at Buchenwald to recuperate, where she met Magda Weber. They later immigrated to Palestine.

Biography
Yetti Halpern was born in Cieszyn, Poland in 1925. She was the youngest of nine children. She was incarcerated in the Bochnia ghetto, where she worked as a seamstress. During this period Gisela Halpern Katz, Yetti's oldest sister, whose husband lived in Palestine, received an immigration certificate. Gisela claimed Yetti as her daughter and the two were transferred to Bergen Belsen, to the "foreigner's camp." After the liberation Yetti was sent to a hospital in Buchenwald and from there was taken to France and later to Palestine.