Johanna Gmerek holds a name card intended to help any of her surviving family members locate her at the Kloster Indersdorf DP camp. This photograph was published in newspapers to facilitate reuniting the family. 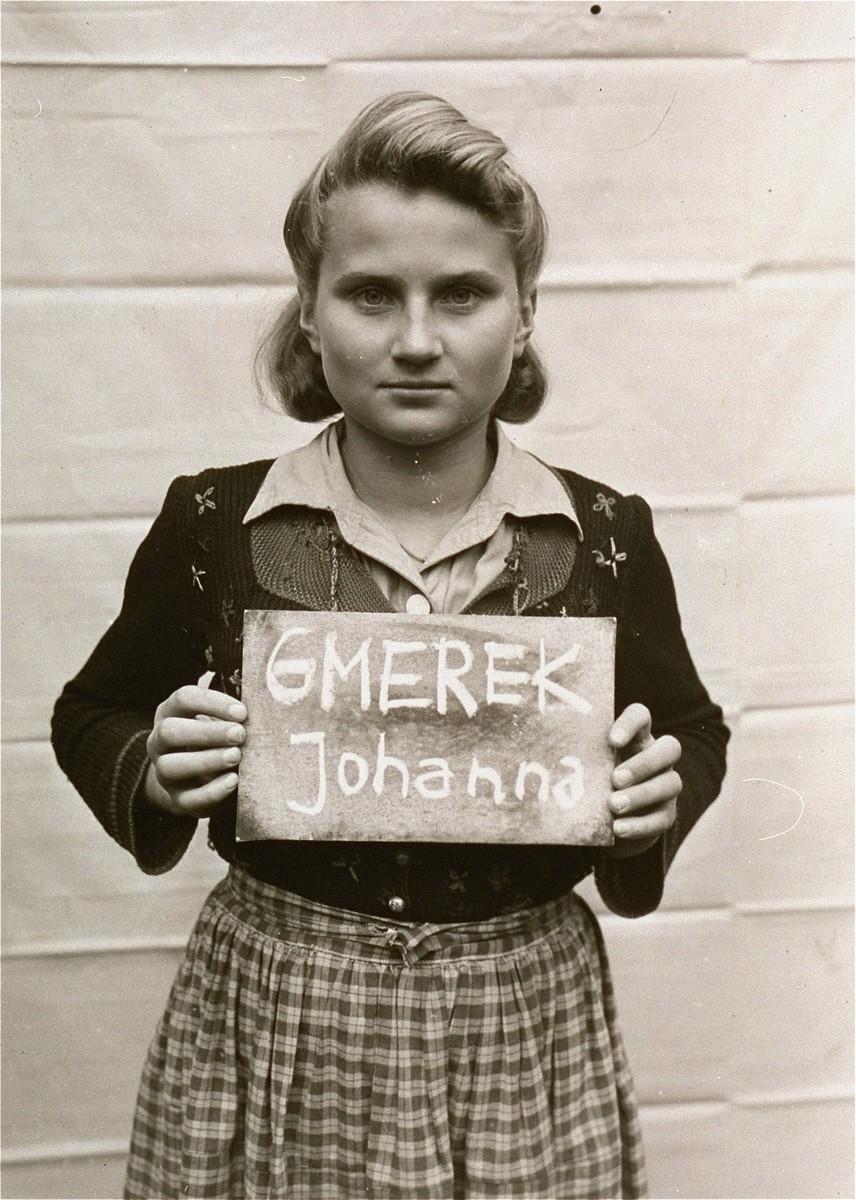 Johanna Gmerek holds a name card intended to help any of her surviving family members locate her at the Kloster Indersdorf DP camp. This photograph was published in newspapers to facilitate reuniting the family.

She was from Upper Silesia. Their German teacher brought her class to Bavaria to escape Soviet troops.