Portrait of the Guth family in their dining room in Lucenec, Czechoslovakia. 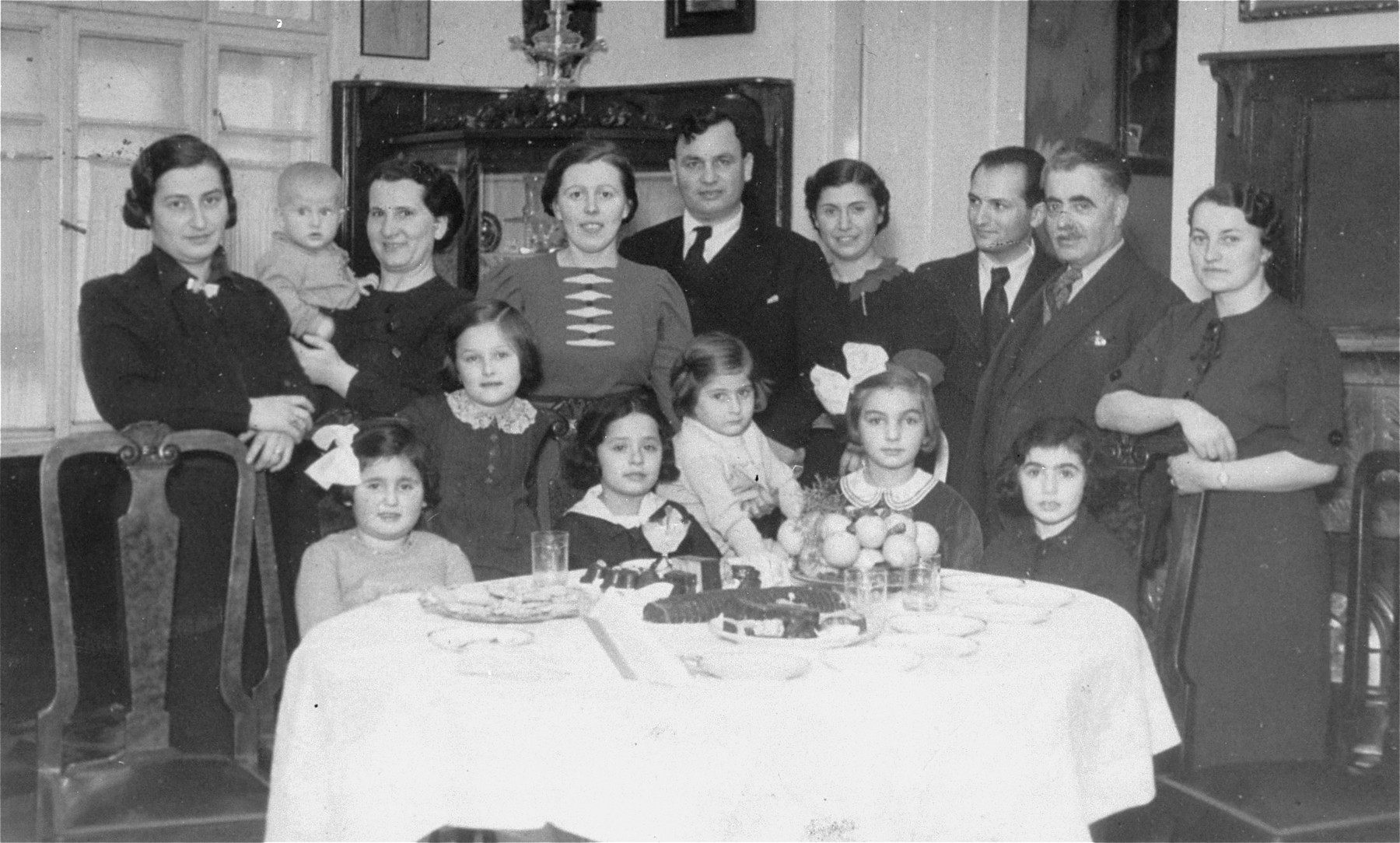 Portrait of the Guth family in their dining room in Lucenec, Czechoslovakia.

Among those pictured are Mano and Klari (Kohn) Guth (fourth and fifth from the right) and Sandor Schonberg, a family friend (second from the right). The Guths owned an import/export specialties store in Lucenec. Mano died before the war, while Klari and her two daughters were deported in1944 to Auschwitz, where they perished.