Portrait of Joachim Mrugowsky as a defendant in the Medical Case Trial at Nuremberg. 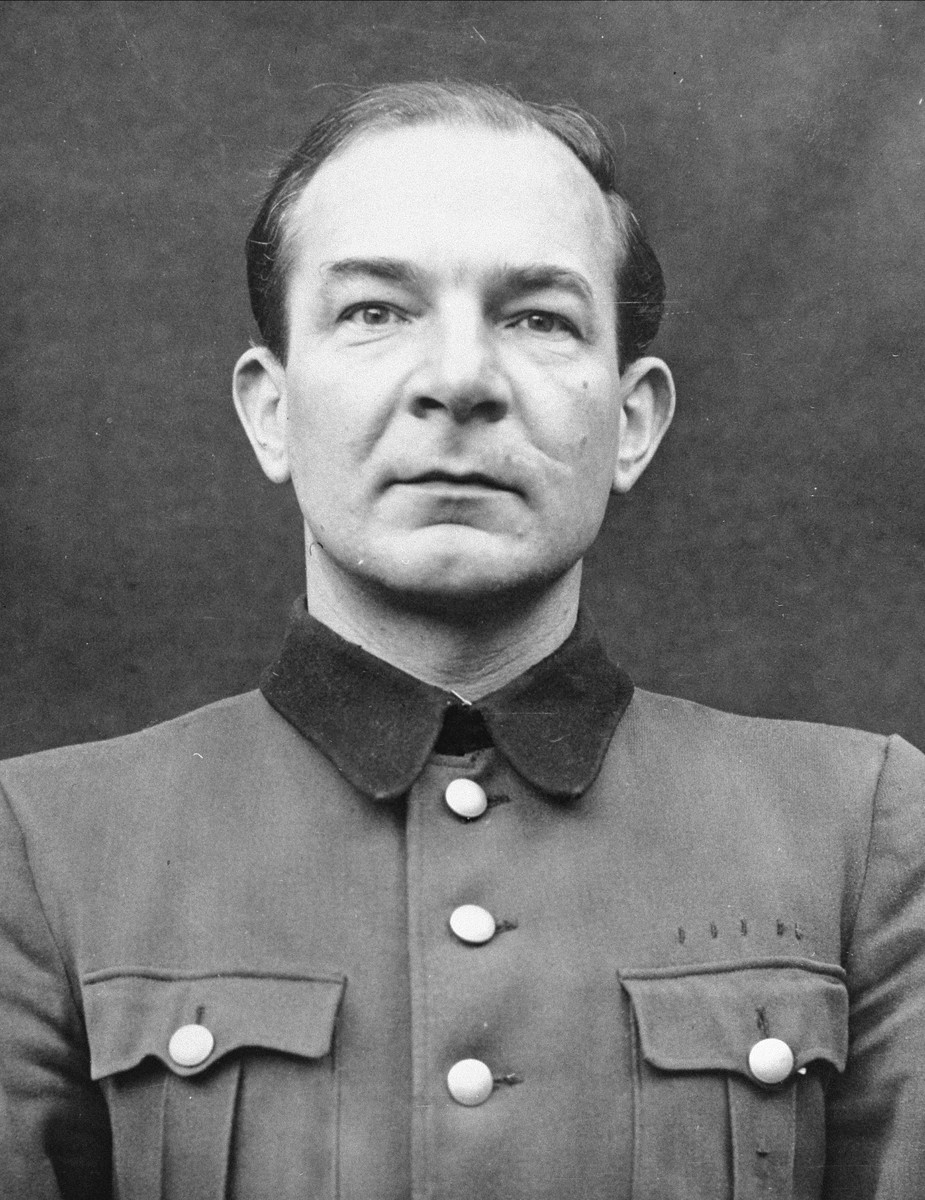 Portrait of Joachim Mrugowsky as a defendant in the Medical Case Trial at Nuremberg.

https://encyclopedia.ushmm.org/content/en/article/the-doctors-trial-the-medical-case-of-the-subsequent-nuremberg-proceedings.
Biography
Joachim Mrugowsky was a colonel in the Waffen SS and Chief of the Hygienic Institute of the Waffen SS. He was found guilty of participating in high altitude, freezing, malaria, sulfanilamide, seawater, epidemic jaundice, sterilization, and spotted fever experiments on humans. He also experimented with the effects of various poisons and with the incendiary bomb. Before his execution on 2 June 1948 he was quoted as saying: "I die as a German officer sentenced by a brutal enemy and conscious I never committed the crimes charged against me."