Members of the Zionist youth group "Hashomer Hatzair" board a bus to Germany at the Polish-Czech border. 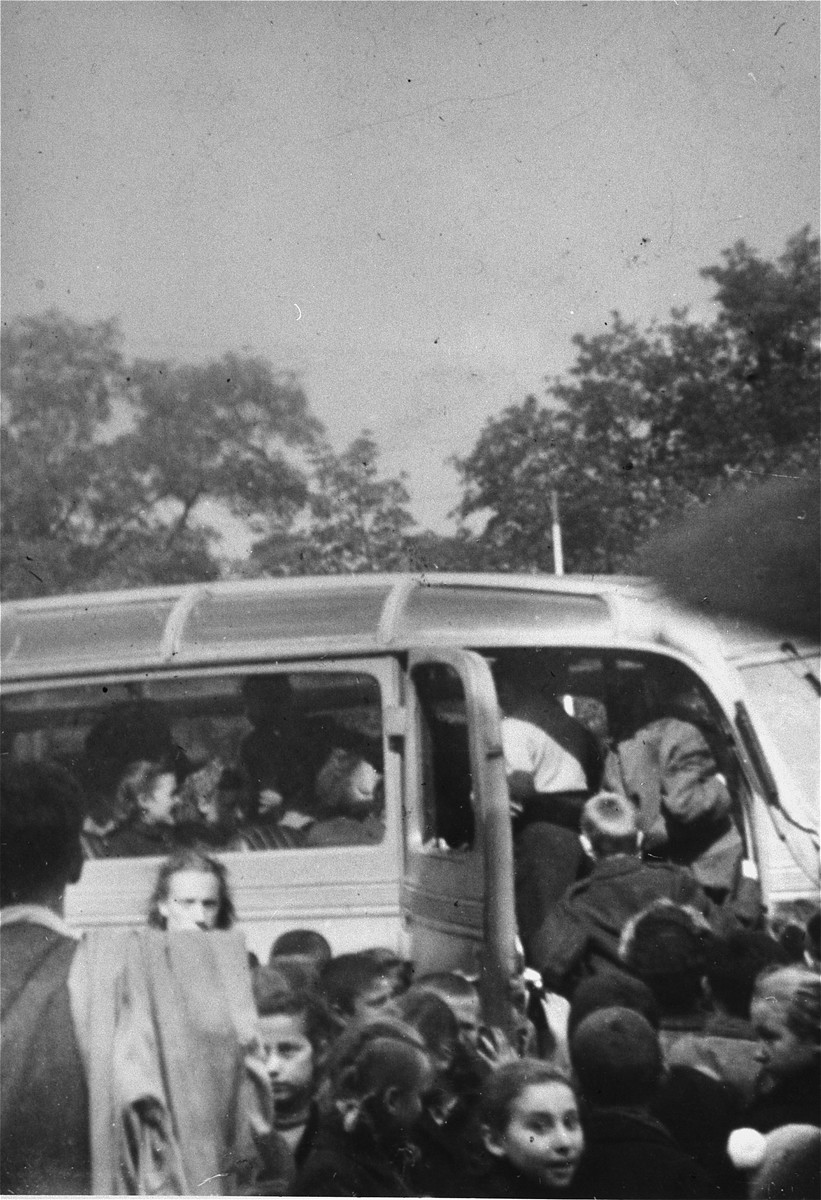 Members of the Zionist youth group "Hashomer Hatzair" board a bus to Germany at the Polish-Czech border.

https://encyclopedia.ushmm.org/content/en/article/brihah.
Biography
Rose Zar (born Rose Guterman) was born July 27,1923 in Piotrkow Trybunalski. After the German invasion Rose lived in the Piotrkow ghetto until April 1940, when she fled to Warsaw. There she obtained false papers in the name of Wanda Gajda. For a time Rose served as a courier for the Zionist underground. In December 1942 she moved to Krakow, where she found work as a nanny in the home of Kurt Albers, a German SS officer. She remained in Krakow until the liberation. After the war Rose married a fellow survivor from Piotrkow, Meyer Zarnowiecki (later Zar), who had been interned in Buchenwald and Theresienstadt after leaving the Piotrkow ghetto. As displaced persons the couple lived and worked together at the Lindenfels children's home in Germany, where they helped prepare Jewish children for immigration to Palestine.