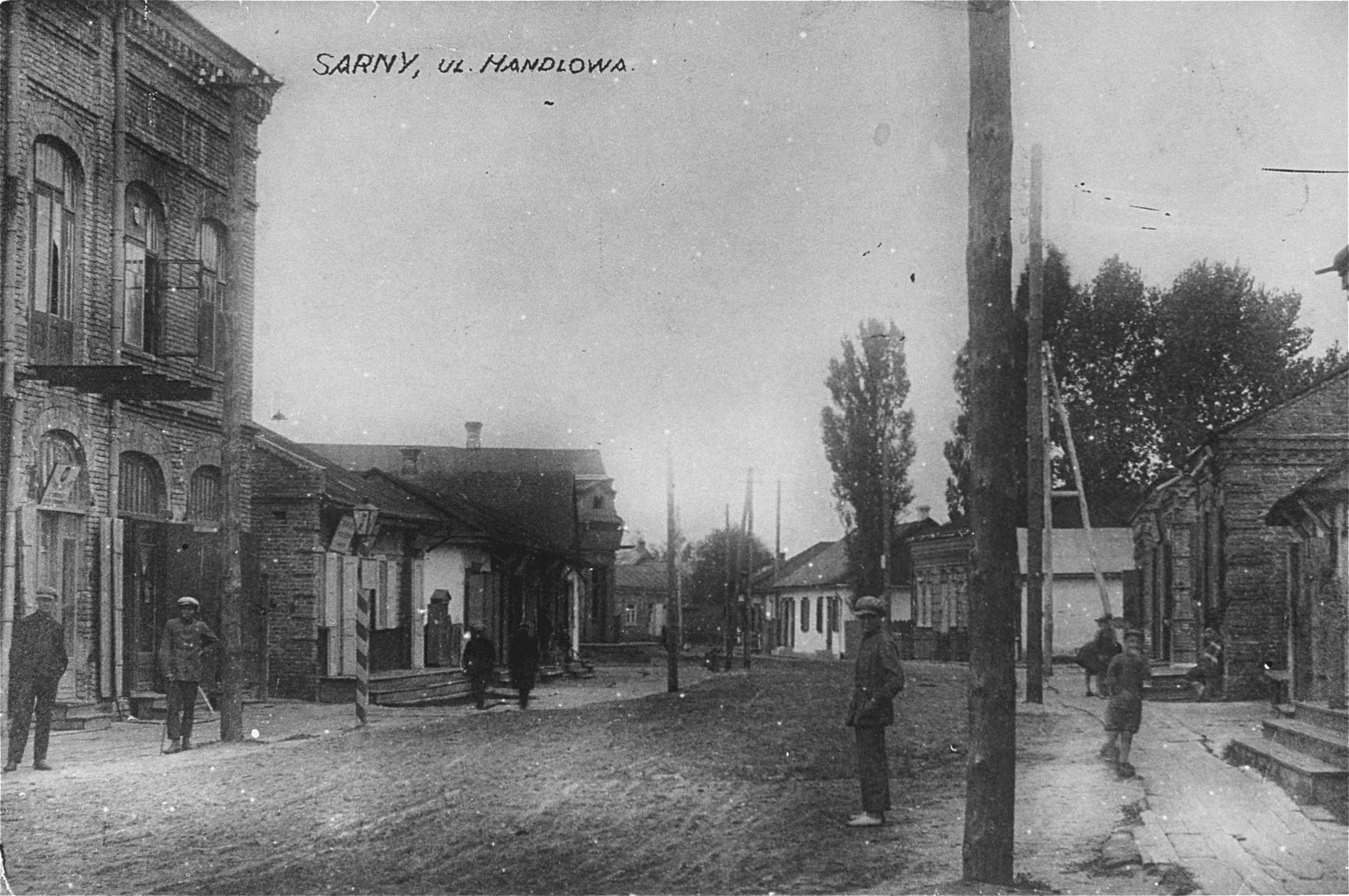 Biography
Brenda Senders (born Bronia Szyr) is the daughter of Szmuel Szyr and Lea Burko Szyr. She was born on August 20, 1925 in Sarny, a town in eastern Poland. Her father was in the lumber business, and her mother ran a grocery store. Bronia had four siblings. Sima was born in 1933, Sholem in approximately two years later and Esterke two years after him. Her fourth sibling, Sheindele, died of dysentery before the war. Bronia attended a Hebrew Tarbut school until Soviets seized control of the town in 1939; she then attended a Russian school. In need of lumber, Soviet authorities allowed Szmuel to continue working in his business, and he was put in charge of a large workforce. However, life for the family soon altered radically. In June 1941, German troops invaded the Soviet Union and entered Sarny one week later. The family had previously lived in the outskirts of town, and that summer Bronia and her family had to relocate to a ghetto. Though forbidden to do so, Bronia was able to sneak out to get food for her family. In 1942, the Nazis concentrated Jews from outlying communities in Sarny and surrounded them with barbed wire. At the same time, they began digging large ditches in preparation for mass executions. They then concentrated the Sarny Jewish community behind the same enclosures. Soon thereafter, they began liquidating the ghetto massacring the Jews inside on August 27 and 28, 1942. Two Jewish electricians had smuggled in wire-cutters. One of them, Migdal, cut through the fence and escaped. Bronia's mother pushed her through the opening, and Bronia ran away accompanied by her younger sister Sima. Though they managed to escape, their parents and two younger siblings were killed. The sisters became separated soon after running away. Bronia came upon and then joined a Russian partisan group led by Major General Naumov. For the remainder of the war, Bronia remained with the partisans fighting in the forests of White Russia, the Ukraine and the Carphathian Mountains. After liberation, Bronia briefly returned to Sarny where she found her sister. The sisters did not want to remain in Poland. Bronia made her way a DP camp near Salzburg. There, she met Leon Senders, originally from Vilna. The two married in 1946 and later moved to DP camps near Milano, Italy. Sima went to the Ludwigsdorf children's home near the Czech border. One day a Bricha guide met the children while theywere out on an excursion and led them across the border into Czechoslvakia. From there they went to Germany where they joined a Shomer Hatzair kibbutz. In July 1947, along with other youth from the kibbutz, attempted to immigrate to Palestine aboard the Exodus. After the British forced the ship to return to Europe, Sima, along with the other passengers, was forcibly brought back to Germany and interned in the Poppendorf DP camp. Bronia brought Sima out of the camp to join her and Leon in Italy. Sima managed to immigrate to the United States in 1950, and Bronia and Leon came the following year arriving in late December 1951 in time to celebrate the New Year in America.