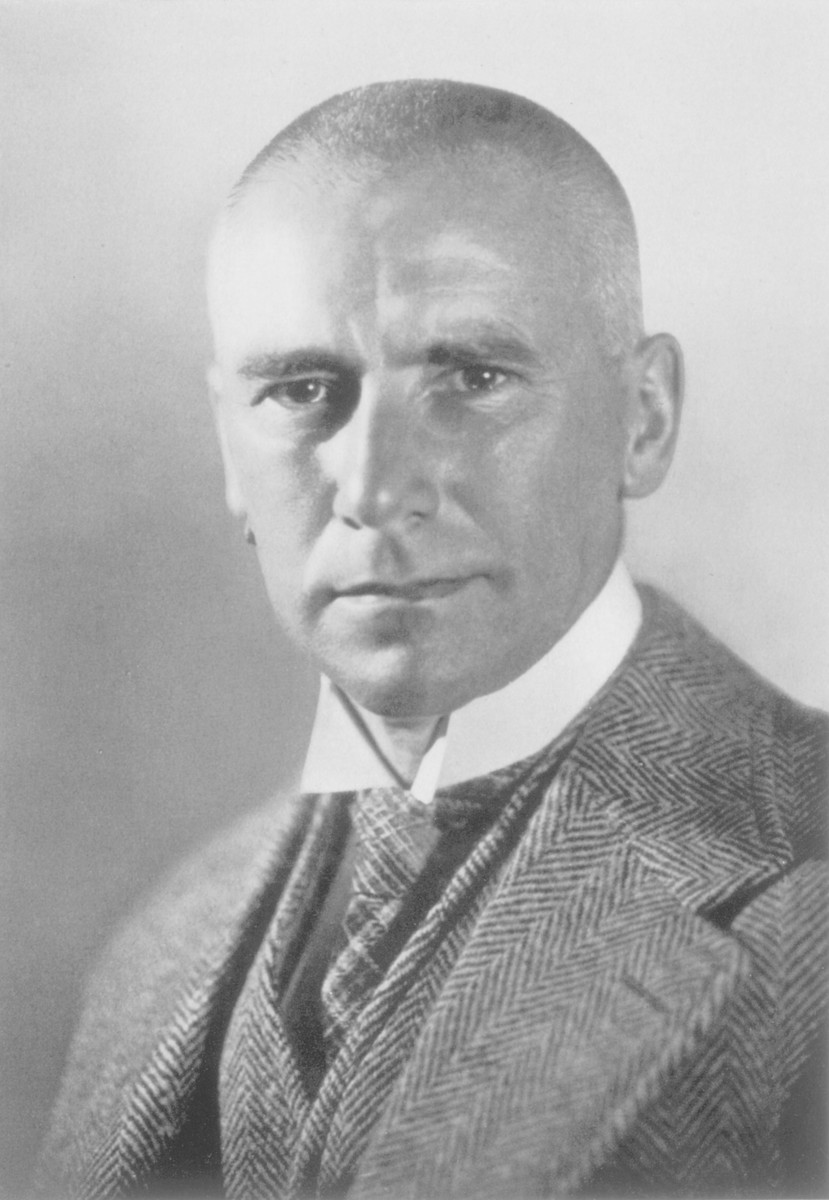 Wilhelm Frick (1877-1946), Minister of the Interior and Reichprotektor of Bohemia and Moravia, was an early NSDAP sympathizer. In the early 1920s, Frick was Hitler's informant inside the Munich police and a political follower. On January 23, 1930, Frick was appointed minister of the interior in Thuringia, and became the first NSDAP minister in a provincial government. As minister of the interior, he purged the police forces of Weimar sympathizers and replaced them with NSDAP members. Under Hitler, Frick drafted the Nuremberg Race Laws, which were used to exclude Jews from society. Technically, he was Heinrich Himmler's superior, but he never imposed restrictions on the SS. After Hitler consolidated power, Frick steadily lost his influence. In 1943, he was appointed Reichsprotektor of Bohemia and Moravia, but he was given no real power. His subordinate, Karl Hermann Frank, was recognized as the real authority. After the war, Frick refused to testify at Nuremberg, but was nevertheless convicted of crimes against peace, war crimes, and crimes against humanity. He was executed on October 16, 1946.
Sources: Encyclopedia of the Third Reich (Snyder) pp. 100-101; Who's Who in Nazi Germany (Wistrich) pp. 81-83; Encyclopedia of the Third Reich (Zentner) 1:299-300 (photo included).