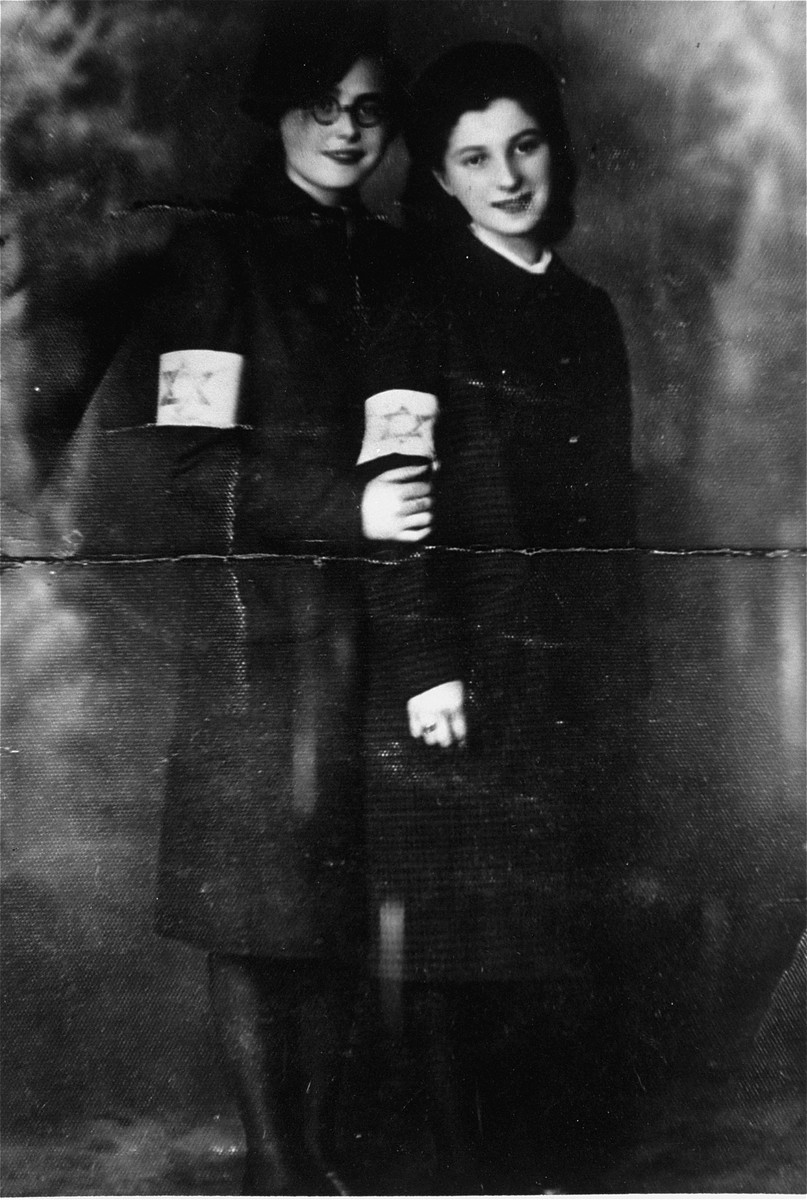 Pictured are Mania Leszczyk (right) and her cousin, Cela Dauman (left), both of whom survived the war.

Biography
Mania Leszczyk was born May 15, 1925. During the war she went into hiding with her mother, aunt, uncle and several others in a bunker in a small village. When they were denounced by a local farmer in March 1944, they were deported to Auschwitz. Mania survived confinement in Block 25, and on January 18, 1945 was put on a death march. She was liberated on May 8, 1945.