Jews rounded-up in Konskie wait for orders to participate in the digging of a grave for the bodies of four German soldiers. 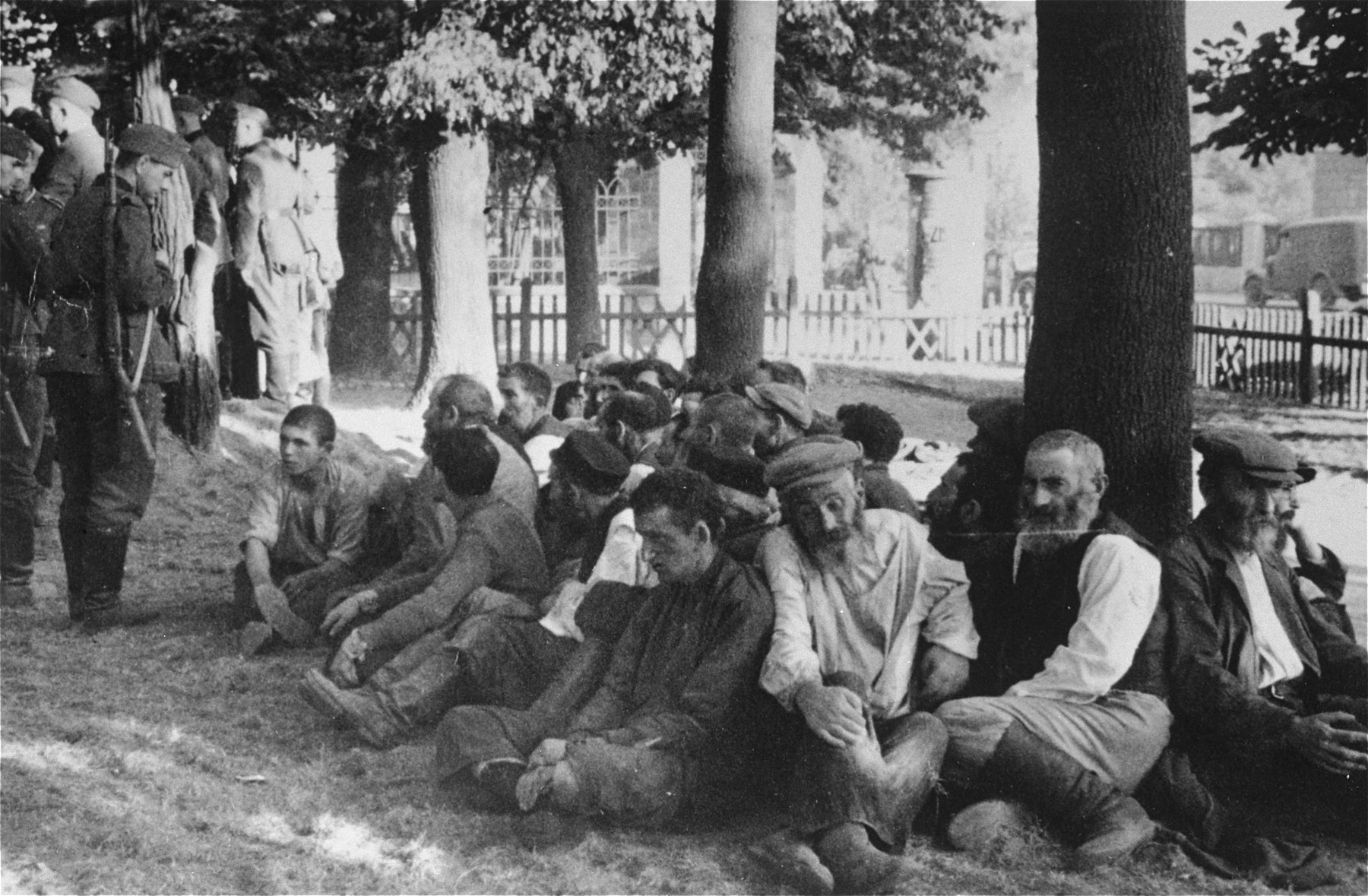 Jews rounded-up in Konskie wait for orders to participate in the digging of a grave for the bodies of four German soldiers.

Event History
Upon reaching Konskie during the first weeks of the Polish campaign, German soldiers were fired upon by unidentified snipers. Four men were killed, including one officer, and the bodies were mutilated before the arrival of German reinforcements. German troops, incensed by the mutilations, gathered together a group of Jewish men, aged 40-50, and ordered them to dig a grave for the bodies, all the while beating the men with rifle-butts and slats ripped from a nearby fence. After a while, a police major approached the men and scolded them for their undisciplined behavior. He suggested that they let the Jews go and finish burying the bodies. The troops initially agreed, but after the officer left, began again beating the Jews, some of whom attempted to flee. Shots then broke out and 22 of the Jews were killed. Filmmaker Leni Riefenstahl witnessed the incident along with several members of her film crew (see #80965).