Tonia Rotkopf (now Blair), a nurse at the UNRRA house in the Landsberg DP camp, weighs a newborn baby. 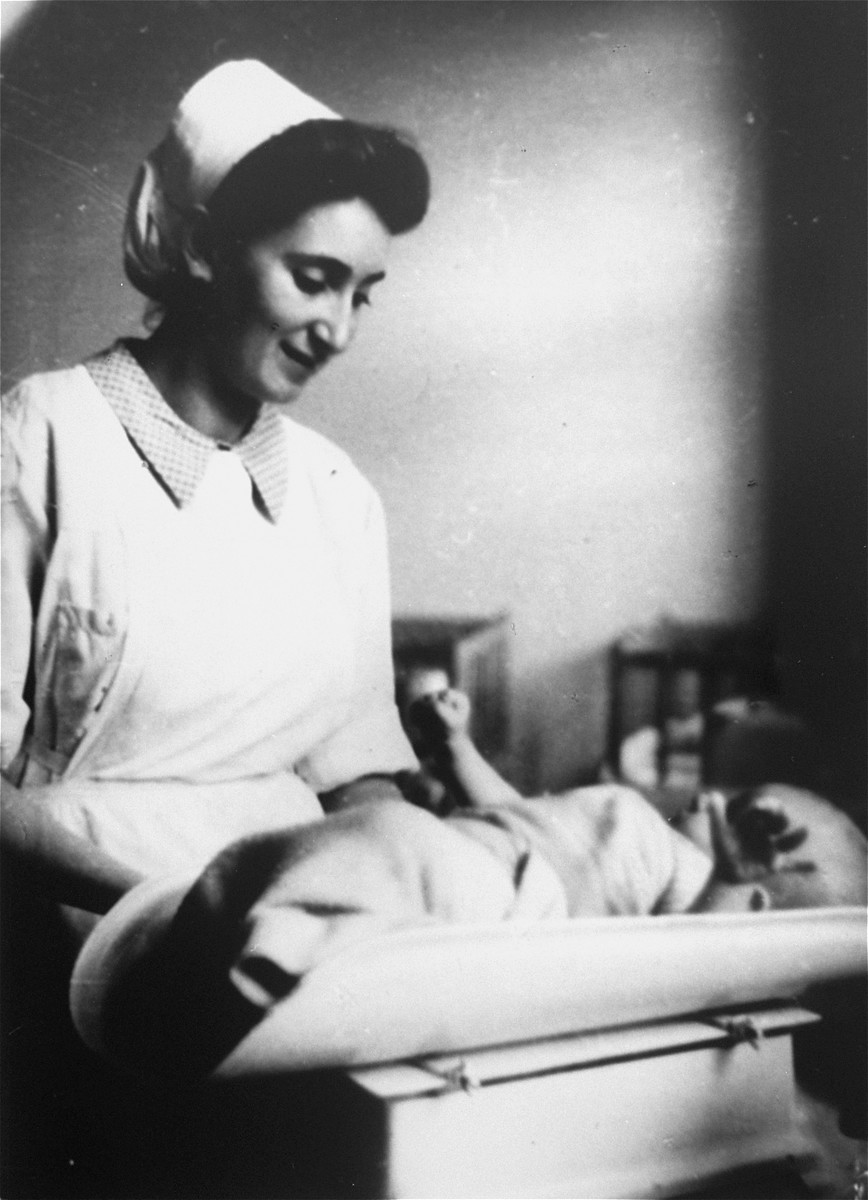 Tonia Rotkopf (now Blair), a nurse at the UNRRA house in the Landsberg DP camp, weighs a newborn baby.

Biography
Tonia Blair (born Tonia Rotkopf) is the daughter of Mendel Rotkopf (born 1891 in Plock) and Miriam Gitel Sonnenberg (born 1897 in Gombin). Tonia was born on September 18, 1925 in Lodz, Poland where her father worked as a weaver. She had one older sister Irena (born 1923) and a younger brother Salek (born 1928). The family lived a comfortable existence placed a great emphasis on education. After the German invasion of Poland in 1939, Tonia's father lost his job, was forced to surrender his bankbook and was knocked down and brutally kicked by German soldiers after he walked on the forbidden sidewalk. In early February 1940 the family was forced into the Lodz Ghetto where they lived together in one room. Tonia lied about her age in order to work as a nurse in the foundling home where she often slept due to the curfew imposed in the ghetto. Occasionally on her days off she returned to her family's apartment. On one of these day's she found the apartment sealed and learned that her family had been taken away in the middle of the night. Somehow she managed to reach the deporation assembly point and saw her parents and siblings for the last time. Tonia later obtained work as a nurse in the Jewish hospital. Upon the liquidation of the ghetto in 1944, Tonia was deported to Auschwitz-Birkenau. She stayed there for only three weeks and then was sent to an airplane factory work camp in Freiberg, Germany where conditions were somewhat better In the spring Tonia was transferred to Mauthausen along with another nurse Bluma whom she befriended in the ghetto, arriving after a long journey through Czechoslovakia into Austria. She was liberated from Mauthausen in May 1945. After the war she workd as a nurse at the UNRRA house in the Landsberg DP camp.