Portrait of a Jewish child, who had survived the war in hiding, in Lodz soon after the liberation. 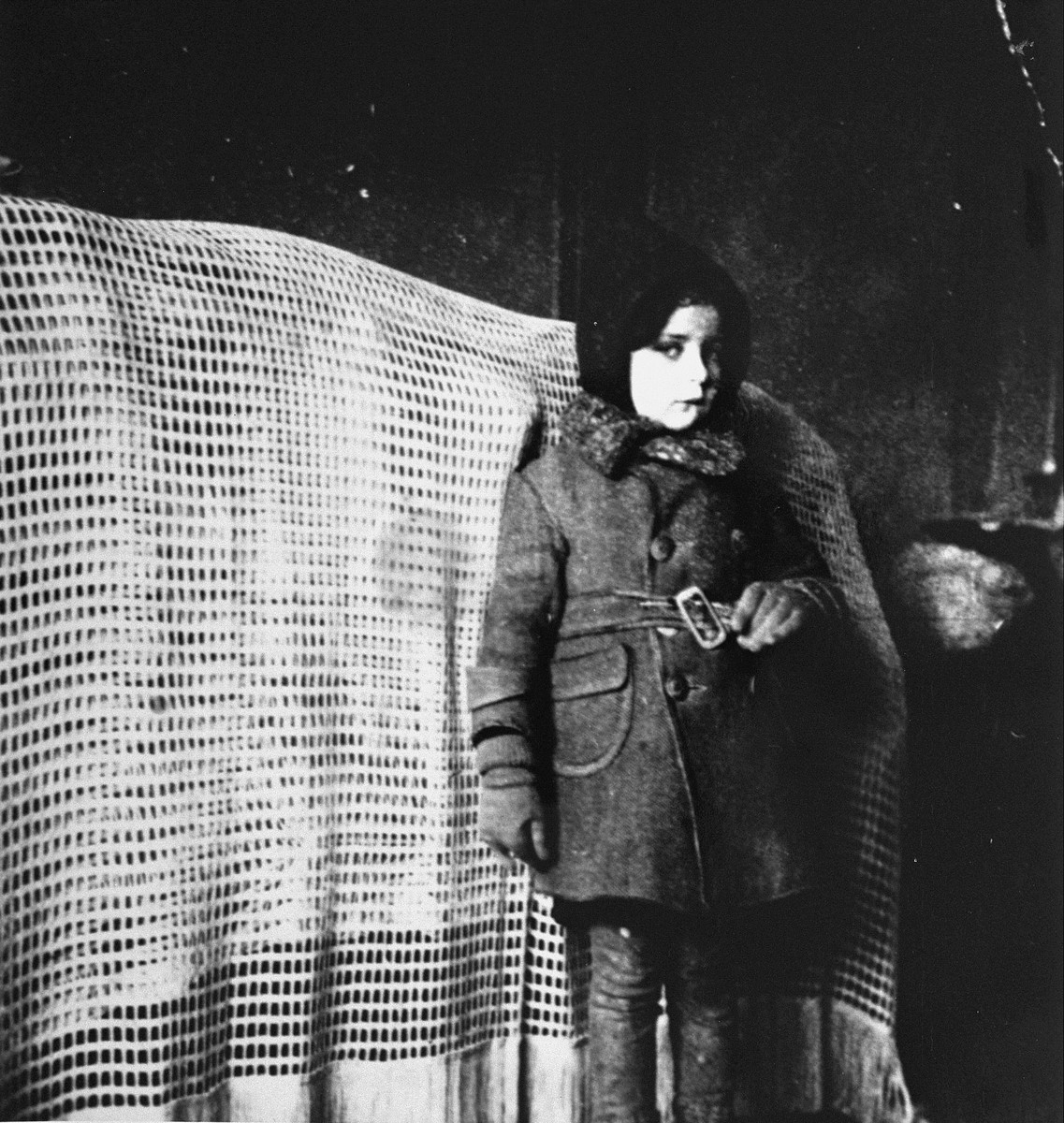 Portrait of a Jewish child, who had survived the war in hiding, in Lodz soon after the liberation.

Biography
Romana Marin (born Romana Schreier) and her mother survived the war in hiding. After Romana's mother purchased false papers they moved to Warsaw, where Romana lived under the name of Romana Maria Pomajla. After the war, they settled temporarily in Lodz before moving to Vienna. While in Vienna, Romana attended a convent school. She did not discover she was Jewish until she immigrated to Canada in 1951.