Portrait of Berci Marika at the age of one. She survived, but her parents, who converted to Christianity, were deported to Auschwitz. 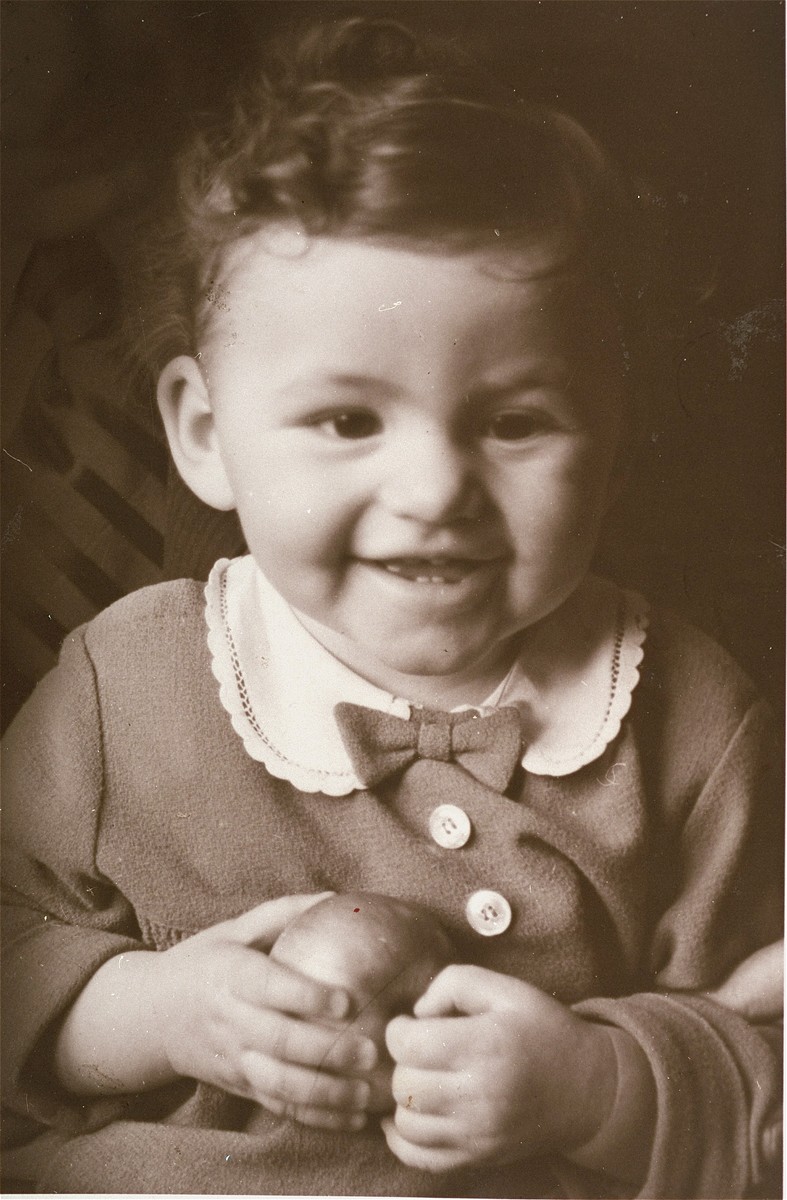 Portrait of Berci Marika at the age of one. She survived, but her parents, who converted to Christianity, were deported to Auschwitz.

Biography
Edith Reh (born Edith Mautner) is the daughter of Ignatz and Janka Mautner. She was born August 28, 1924 in Iregszemcse, Hungary. Much of her extended family lived in nearby villages. After Germany invaded Hungary, Edith and her family learned they would have to leave their hometown on May 19, 1944. Prior to leaving for the ghetto, Edith's brother, her family's closest friend Dr. Sandor Stern, and Stern's family decided they would burn as many of their possessions as possible as an act of resistance. The fire they created lasted an entire day and into the night; the next day, Edith and her family learned that four of their very close friends had committed suicide to prevent the Nazis from deporting them. Soon after finding out about their close friends, Edith and her brother left for a ghetto, where they remained until July 1, 1944. On July 1, Edith and her family were sent on a three-day cattle car journey that ended them in Auschwitz. Once in Auschwitz, Edith was separated from her family. She spent two full months in Birkenau, during which time she was hospitalized for six weeks. In September, she was transferred to Bergen-Belsen. At Bergen-Belsen, Edith lived in a tent until a big storm destroyed it, at which point she was allowed to move into the barracks. On December 6, 1944, Edith was transferred once again outside of Leipzig. Edith remained in there until she was forced to take part in a two-week death march to Theresienstadt, which she survived. She was liberated from there by the Russians. Upon returning to Hungary in July 1945, Edith discovered that almost all of her family had perished. She did, however, reunite with an aunt and nephew. She also found Berci, the young daughter of her cousin who was born in 1935. As a very young child, Berci did not know she was Jewish; her parents had converted to Christianity thinking that would save them. However, her entire family was still was sent to Auschwitz. The majority of Berci's family perished at the camp as well, but she survived. Edith married a fellow Hungarian survivor, the son of Jolan and Simon Reh.