Three Jewish children pose outside in Grodizisk Mazowiecki during the German occupation. 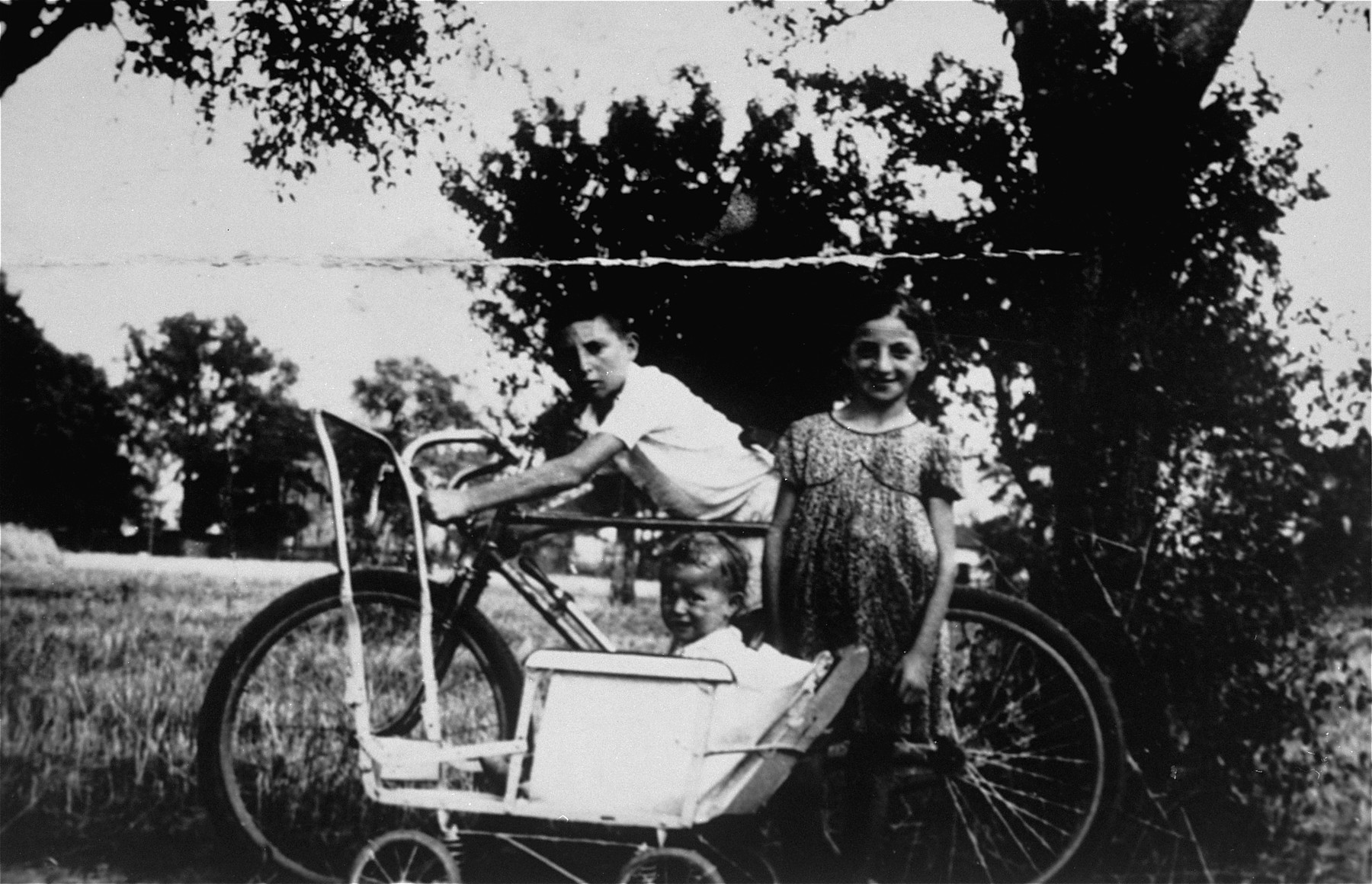 Three Jewish children pose outside in Grodizisk Mazowiecki during the German occupation.

Pictured from oldest to youngest are: Luzer Shulman, Zofia Shulman and their cousin, Liba Rothstein. The family was later relocated to the Warsaw ghetto.

Biography
Zophia Shulman is the daughter of Abraham and Hinda Necha Shulman. She was born January 16, 1930 in Warsaw, where her father was a bootmaker. Zophia had two siblings, an older brother Luzer (b. 1928) and a younger sister Liba Rivka (b. 1937). From 1930 to 1941 the family lived in Grodzisk-Mazowiecki, outside of Warsaw. They were later transferred to the Warsaw ghetto, but managed to escape. Zophia went to relatives in Serokomla, while her parents went to Hrubieszow in eastern Poland. In Serokomla, Zophia became ill with typhoid, but she survived and was able to escape the liquidation action by fleeing to Kock. There, in late 1942, she was reunited with her parents, who were staying with relatives of her father. Shortly after their arrival, however, Germans rounded-up the Jews and took them to Parczew. Abraham and Luzer evaded the round-up, but Zophia and her mother, sister, aunt and cousin were caught. The women, however, managed to escape from the transport to Parczew. They hid out in a potato field. Zophia occasionally left the others to look for food; and one day, while she was away, her relatives were discovered and killed. Left alone, Zophia returned to Warsaw to find her father. Abraham and Luzer were working on the Aryan side for a German officer, Dr. Walter Heymanns, but Zophia was too young and had to go to the ghetto. Zophia was desperate to leave the ghetto and stay with her father. Once she narrowly escaped deportation to Treblinka by jumping off a truck headed for the Umschlagplatz. Abraham pleaded with Dr. Heymanns to save his daughter, and the German officer found work for her as a maid. After the Warsaw ghetto uprising, when it became illegal for Jews to remain in Warsaw, Heymanns locked up the six Jews he was hiding to prevent them from being captured. The men were then given working papers and sent to Germany, but Luzer and Zophia were too young to go and stayed in Warsaw. On July 27, 1944 a Polish acquaintance gave them some bread and warned them that they would soon be murdered. Zophia and Luzer then fled and hid in separate locations. Luzer hid with the girlfriend of an SS soldier. He was later sent to Sachsenhausen under a false Polish identity. After the Polish uprising in Warsaw, Zophia was rounded-up by Ukrainian SS along with a group of Polish women and sent to Berlin. From 1944 to 1945, she worked in an electronics factory under the false name, Sophie Zajaczkowska. She was liberated by the Soviets at the age of 15. After the war Zofia returned to Grodzisk, where she was reunited with her father and brother. The three then went to Salzburg, where they remained until immigrating to the United States in 1948. They later moved to Israel.