Vans Maienschein, a prosecution witness, points out former camp doctor Heinrich Schmidt as the man who let patients die because of lack of medical care, at the trial of former camp personnel and prisoners from Dora-Mittelbau. 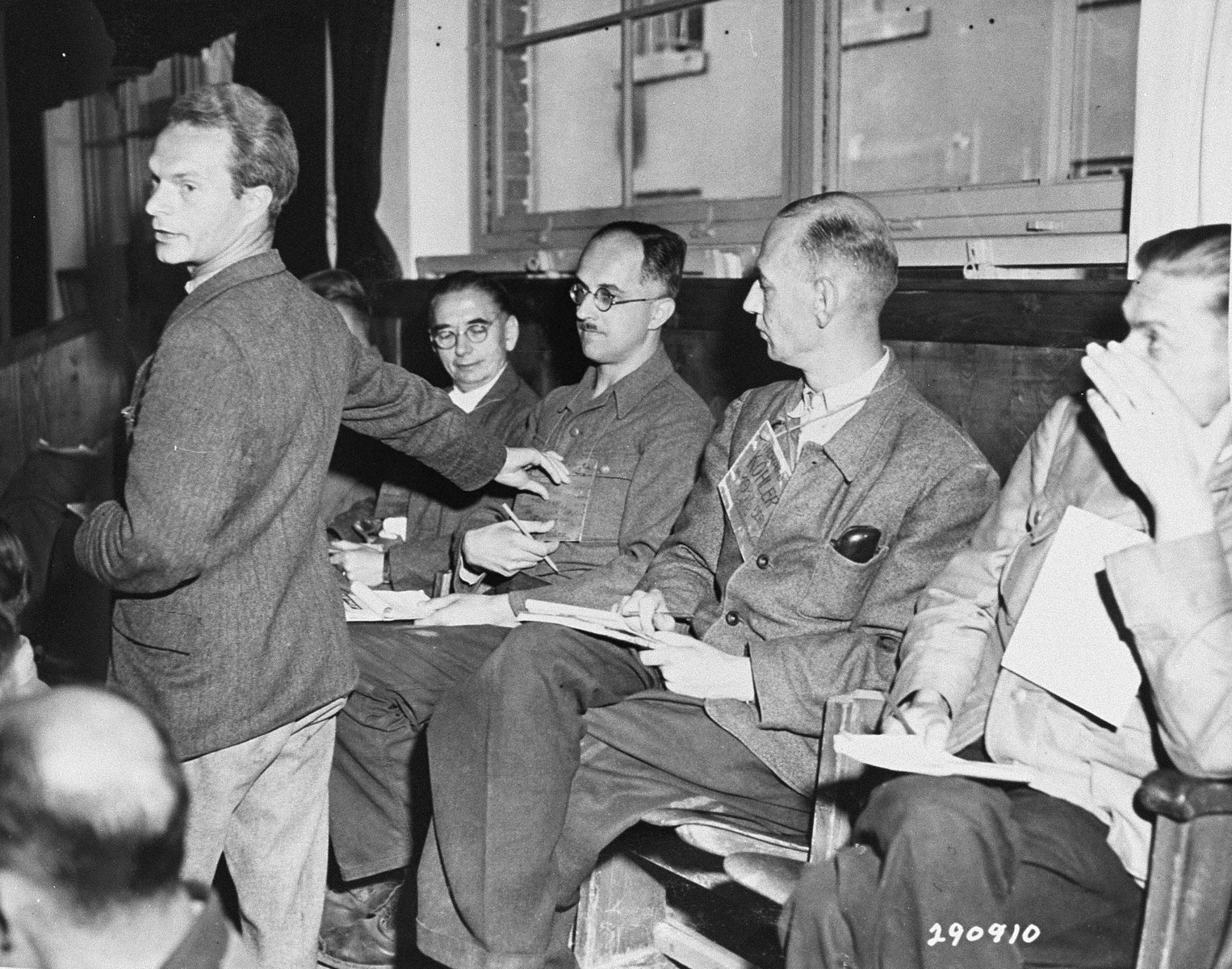 Vans Maienschein, a prosecution witness, points out former camp doctor Heinrich Schmidt as the man who let patients die because of lack of medical care, at the trial of former camp personnel and prisoners from Dora-Mittelbau.

Event History
On August 7, 1947, an American Military Tribunal in Dachau, Germany brought to trial nineteen former camp personnel and prisoners from the Dora-Mittelbau concentration camp system, including a number of its sub-camps. All of the defendants were charged with beating and killing inmates, as well as with indulging in acts of personal sadism against them. Some specific charges were also raised against individual defendants. Shortly after the defense opened its case on October 25, the four kapos among the accused testified against their fellow defendants, providing additionally incriminating evidence. The tribunal's findings were announced on December 24 and all but four of the defendants were found guilty. Following Christmas, sentences were announced on 30 December, with former SS-Obersturmfuehrer Hans Karl Moeser being the only man sentenced to death. Seven others were sentenced to life in prison while the rest received various jail terms. Every one of the defendants, with the exception of one person, was released after serving only from seven to ten years. Moeser was executed in June 1948.