A diagram of the medical chain of command in the Third Reich, drawn up as evidence for the Medical Case (Doctors') Trial in Nuremberg. 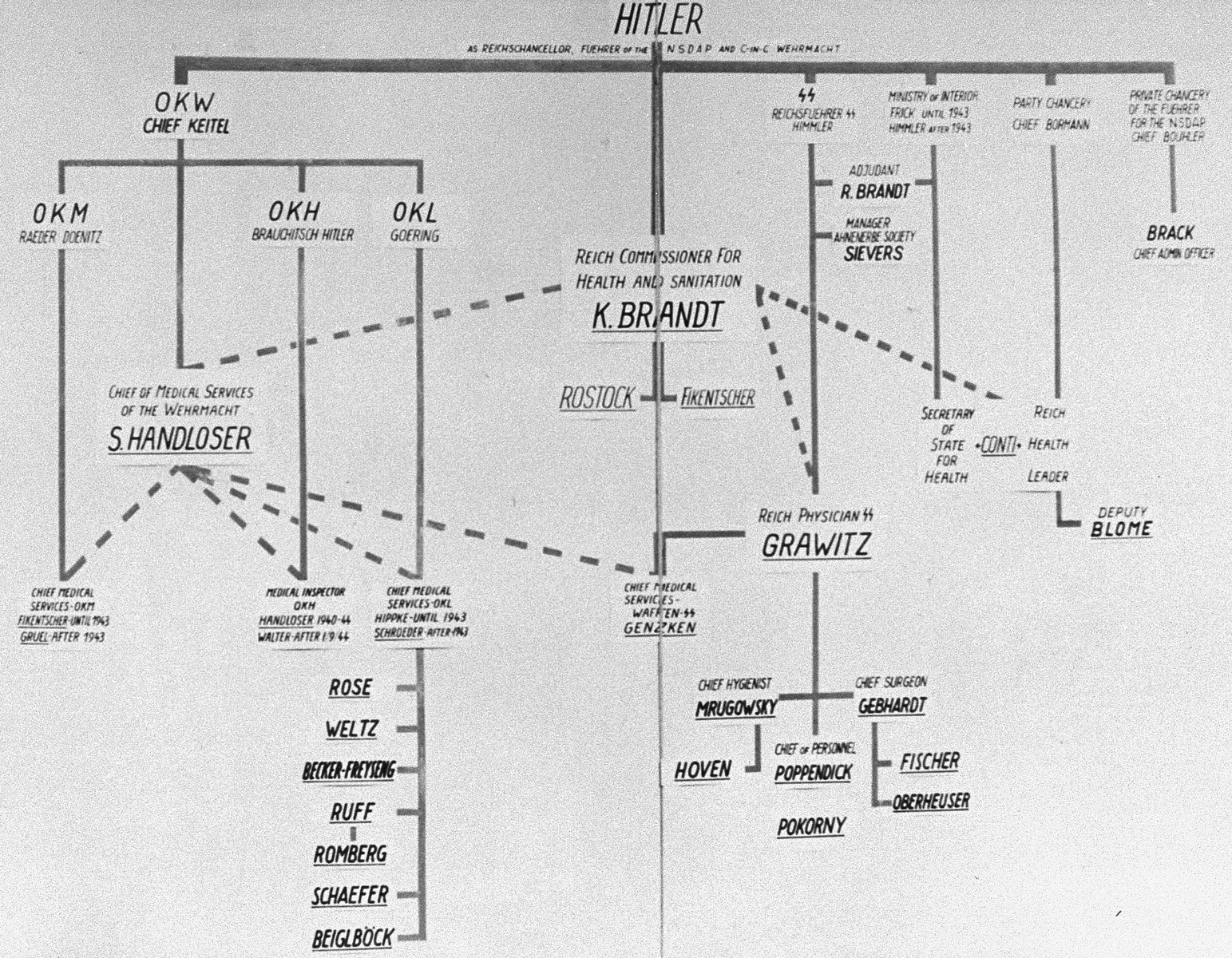 A diagram of the medical chain of command in the Third Reich, drawn up as evidence for the Medical Case (Doctors') Trial in Nuremberg.

Event History
On October 25, 1946, the U.S. Military Government for Germany created the Military Tribunal I, which conducted the first of the Subsequent Nuremberg Proceedings, the Medical Case trial. On November 5, indictments were served to 23 SS physicians, scientists, and officials. The defendants were indicted on four counts: participation in the common design or conspiracy, war crimes, crimes against humanity and membership in criminal organizations. The defendants were accused of committing "murders, brutalities, cruelties, tortures, atrocities and other inhuman acts" on German civilians and nationals of other countries through a series of specific medical experiments dealing with the effects of high altitude, low temperature, seawater, typhus, infectious jaundice, sulfa drugs, bone grafting, and mustard gas, as well as through the Euthanasia and forced sterilization programs. The defendants were arraigned on November 21 and the trial ran from December 9, 1946 to July 19, 1947. The Tribunal rendered its judgment on August 20, finding fifteen of the defendants guilty, seven not guilty and one guilty only of membership in a criminal organization. The sentences were announced on August 21. Seven were sentenced to death, five to life terms, and four to terms of between 10 to 20 years. Those sentenced to death were hanged on June 2, 1948 at the Landsberg prison.
https://encyclopedia.ushmm.org/content/en/article/the-doctors-trial-the-medical-case-of-the-subsequent-nuremberg-proceedings.