The prosecution team on the day the court announced its findings at the Milch Trial. 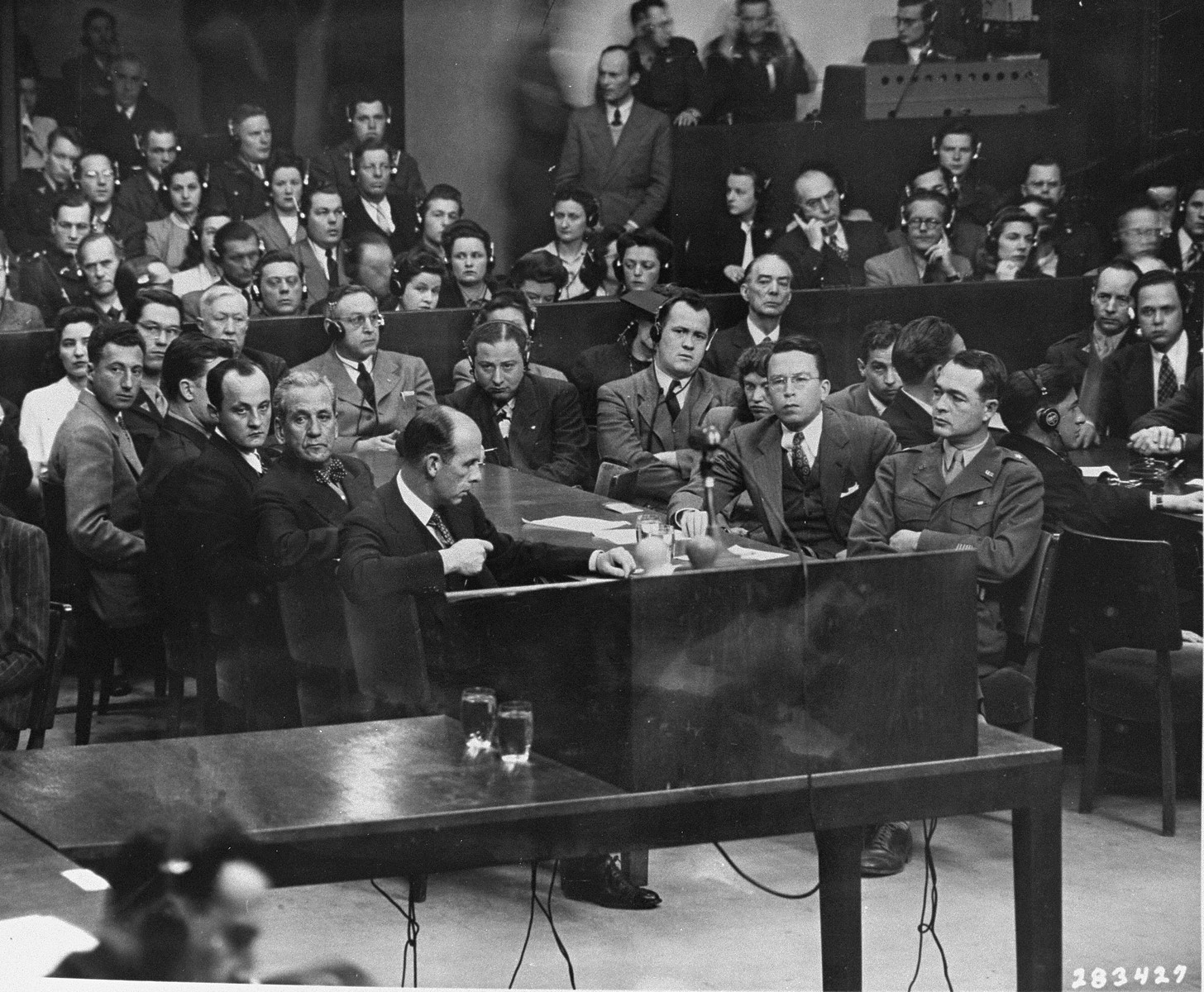 The prosecution team on the day the court announced its findings at the Milch Trial.

Seated at the right is Brigadier General Telford Taylor, Chief of Counsel. Across from him is Clark Denny, Chief Trial Counsel. Seated directly in front of the partition, wearing a gray suit, dark tie, and headphones, is Harold Sebring, who presided over the Medical Crial. On his right is Johnson T. Crawford, another judge for the Medical Crial. Also seated directly in front of the partition, to the right of the woman wearing a hat, is Walter B. Beals (one of the judges for the Medical Case."

Event History
On 14 December 1946 the US Military Government for Germany created the Military Tribunal II which soon took up the war crimes case of former Field Marshall Erhard Milch. Milch had been indicted on 14 November and his indictment listed three counts: participation in the planning and execution of war crimes, namely the subjection of POWs and foreign nationals to murder, cruel treatment, and forced labor; participation in the planning and execution of war crimes, specifically participation in two medical experiments dealing with the effects of high-altitude and freezing; and crimes against humanity. Milch was arraigned on 20 December, pleading not guilty, and the trial began on 2 January 1947. After thirty-nine trial days, with thirty-four witnesses and two hundred and twelve written exhibits introduced, the trial concluded on 25 March. The Tribunal returned its findings on April 16, declaring Milch guilty of counts one and three of the indictment but not guilty of count two, that of culpability in medical experimentation. The next day, it sentenced him to life in prison; his sentence, later commuted to 15 years, was served in Rebdorf Prison.
https://www.ushmm.org/wlc/en/article.php?ModuleId=10007072.