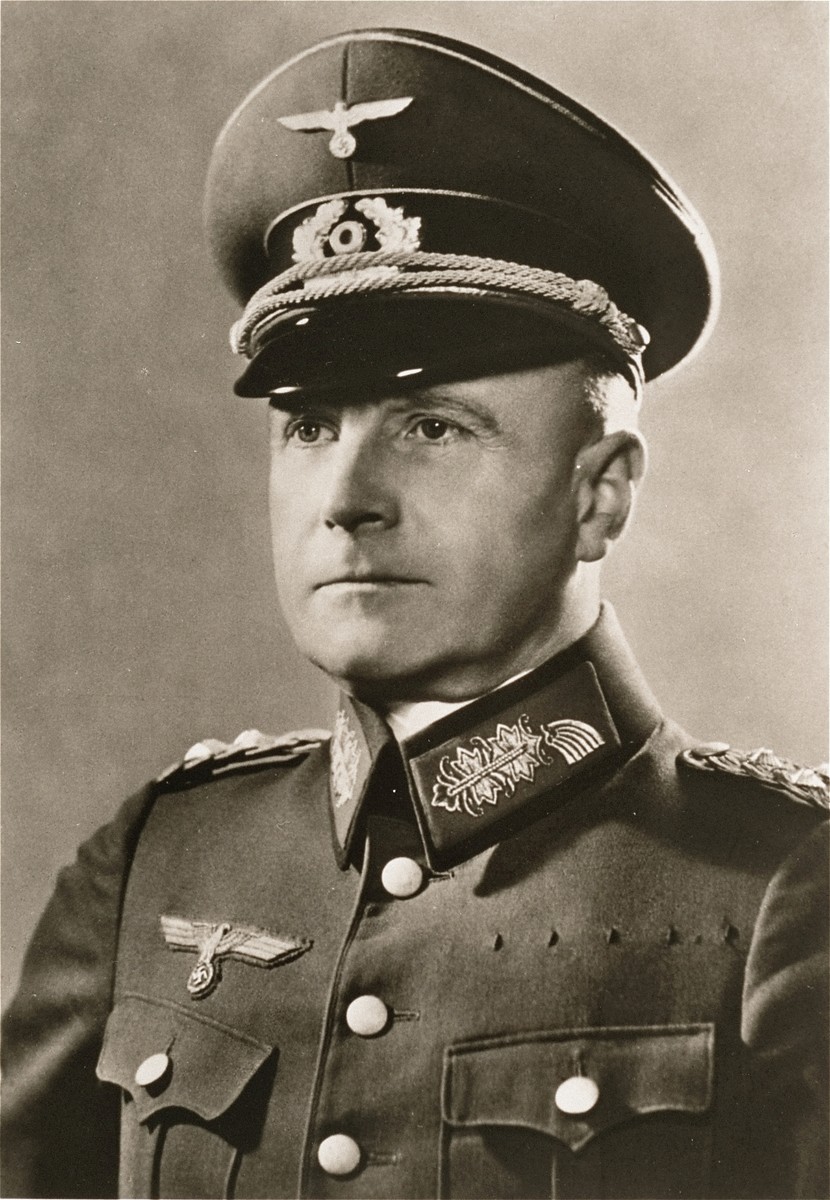 Biography
Walter von Brauchitsch (1881-1948), Commander-in-Chief of the Wehrmacht from 1938 to December of 1941. The scion of an old Prussian military family, von Brauchitsch was born on October 4, 1881 in Berlin. He began his military career as personal page to the Empress as a cadet. Serving as an officer in the Imperial army from 1900 on, he was Captain of Artillery during World War I on the western front. He was awarded the Iron Cross (first class) for his service during the First World War. From 1919 to 1928, he served in a variety of staff appointments in the Reichswehr. Promoted to Artillery Inspector and Lieutenant General in 1931, von Brauchitsch was named Commander of the First Division at Konigsberg in 1933. He continued his rise in 1935 when he assumed the role of Commanding General of the First Army Corps. The next year he was named General of Infantry and in 1937 he was Commander of the Fourth Army Group (Leipzig). He was made General on February 4, 1938 and immediately Hitler named him as Werner von Fritsch's successor as Commander-in-Chief of the German Army. Von Brauchitsch's affiliation with the Nazi Party was through his second wife, nee Charlotte Schmidt, a fanatical Nazi. In fact, Hitler personally orchestrated and financed his divorce from his first wife to allow his marriage to Schmidt. Although von Brauchitsch remained somewhat skeptical of the Fuhrer, it is believed that his marriage strongly influenced his willingness to stay loyal to Hitler. With the early success of the German Army, von Brauchitsch gained esteem and the rank of General Field Marshal on July 17, 1940. However, as the German advance into the Soviet Union stalled, he lost much of his influence with the Fuhrer and retired due to heart disease on December 19, 1941. When the war ended, he was arrested while on his estate in Schleswig-Holstein and imprisoned in England. A British military court transferred him to Munster where he awaited trial. However, he died due to heart disease on October 18, 1948 in a military hospital in Hamburg-Barmbeck.