German civilians from Ludwigslust pause for a moment of silence at the mass funeral on the palace grounds of the Archduke of Mecklenburg, where they were forced by U.S. troops to bury the corpses of prisoners killed in the Woebbelin concentration camp. 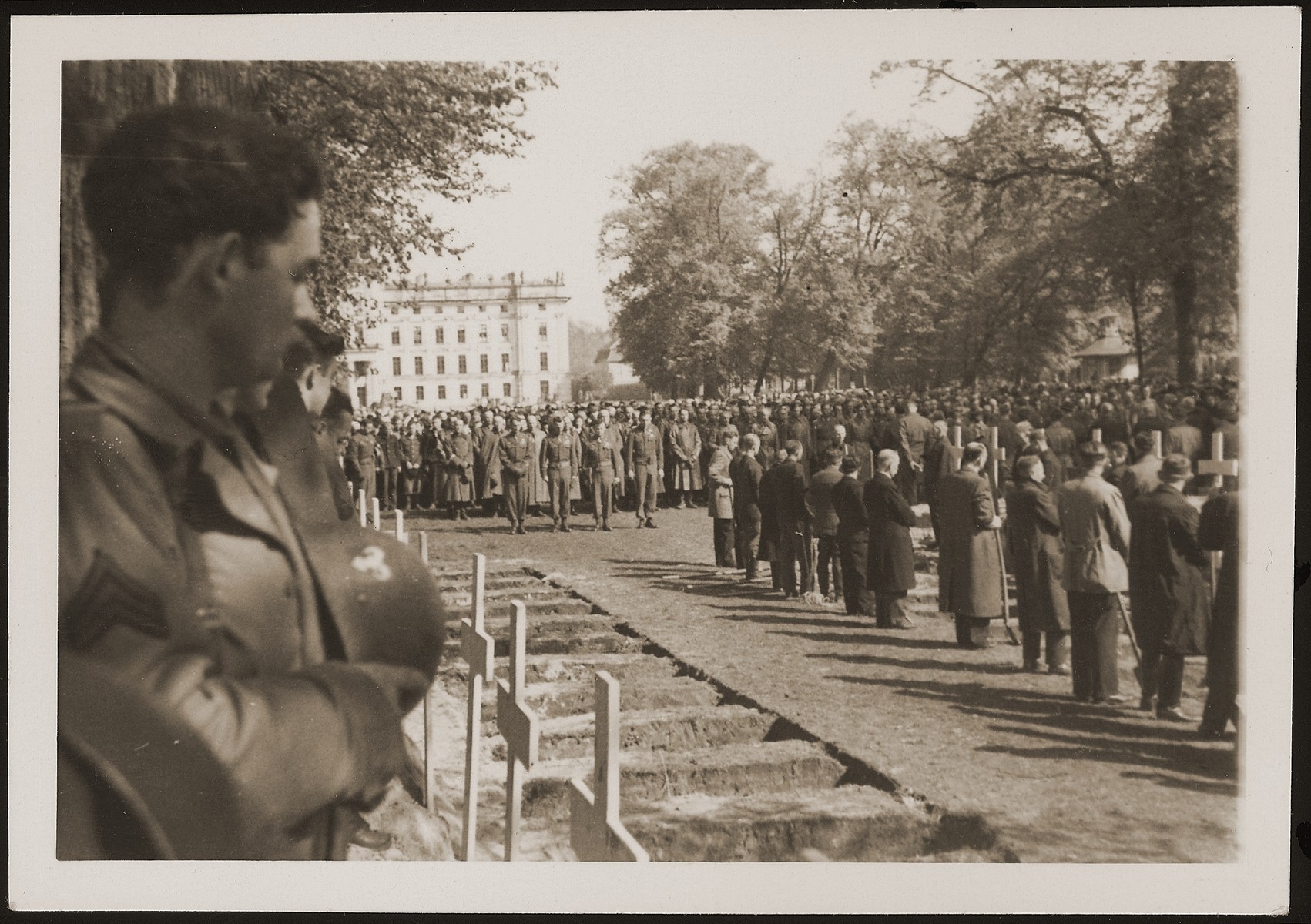 German civilians from Ludwigslust pause for a moment of silence at the mass funeral on the palace grounds of the Archduke of Mecklenburg, where they were forced by U.S. troops to bury the corpses of prisoners killed in the Woebbelin concentration camp.

The ram insignia on the helmet of the American soldier in the foreground indicates that he was a member of the 348th Engineer Combat Battalion.

Event History
Woebbelin, a sub-camp of Neuengamme, was captured by British and American troops on May 4, 1945. Upon entering the camp, the liberators discovered nearly 4,000 prisoners, one-quarter of whom were already dead. Outraged by what they found, the ranking Allied commanders in the area forced civilians from the nearby towns of Schwerin, Hagenow, and Ludwigslust to view the concentration camp and then bury the bodies of prisoners in their towns. Approximately 200 bodies were buried in Ludwigslust on the grounds of the palace of the Archduke of Mecklenburg. A somewhat smaller number were buried in the garden of the leading Nazi official in Hagenow and 80 bodies were interred in Schwerin. Every fourth grave was marked at each site with a Star of David in honor of the unidentified Jewish dead.
https://www.ushmm.org/wlc/en/article.php?ModuleId=10006160.