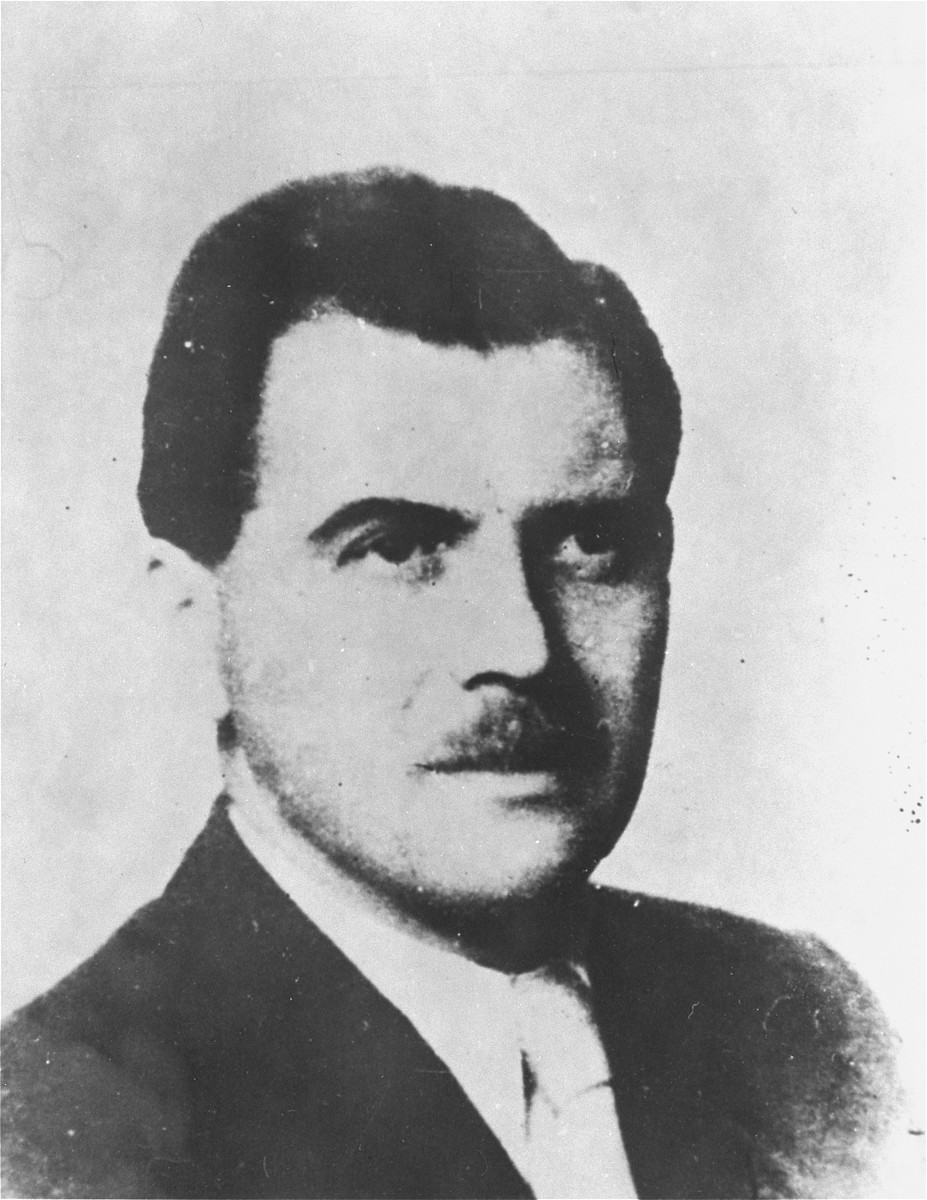 Biography
Josef Mengele (1911-1979?), German physician and SS Hauptsturmfuehrer (captain). Mengele received a degree in philosophy from Munich and his medical degree from the University of Frankfurt am Main. He joined the NSDAP in 1937 and the SS in 1938. Prior to the beginning of the war, Mengele served as a research fellow and staff member of the Institut fur Erbbiologie und Rassenhygiene (Institute of Heredity Biology and Race Research) specializing in the study of twins and family lineage. Following the outbreak of the war, Mengele joined the Waffen-SS (the combat branch of the SS) and in 1941 was named battalion physician for the SS Viking division. Wounded on the Eastern front in 1943, Mengele was given the position of SS garrison physician (Standortartz) of Auschwitz. In that capacity, he was responsible for the differentiation and selection of those fit to work and those destined for gassing. Also, Mengele carried out human experiments on camp inmates, especially twins. Following the end of the war, Mengele, after spending a short time in a British internment camp, went into hiding. Through a network of Vatican sympathizers, he was able to reach South America. In the 1950s, Mengele's deeds at Auschwitz became known and he was sought for arrest by prosecutors in West Germany. In 1985, Israel set-up a special court for the sole-purpose of pronouncing his guilt. By the spring of that year however, investigators learned that Mengele had, in all likelihood, died in a swimming accident in Brazil in 1979. This story was confirmed by the Mengele family and the body was exhumed. After being examined by 16 forensic experts, it was announced that "within a reasonable scientific certainty" that the body was Mengele's.