Samuel Schryver poses beneath a sign indicating the entrance to the Jewish quarter of Amsterdam. 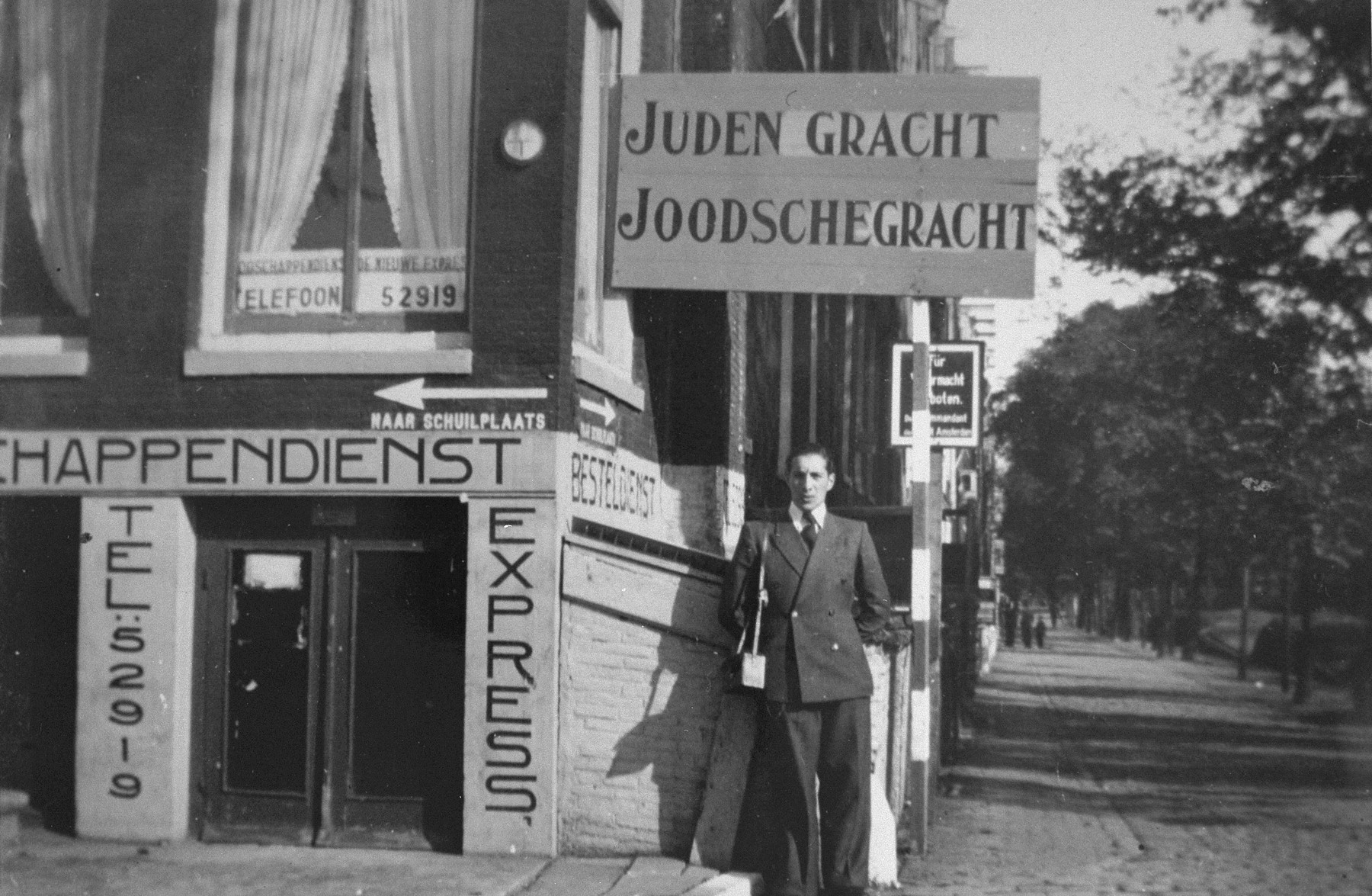 Samuel Schryver poses beneath a sign indicating the entrance to the Jewish quarter of Amsterdam.

Biography
Samuel Schrijver (now Schryver), the son of Jacob and Jansje Kool Schrijver, was born in Amsterdam in 1922. His father was a successful tobacco merchant, and the family lived in the old Jewish quarter of the city. Sam had one older sister, Roosje, who was born in 1919. Soon after the German occupation of Holland, eighteen-year-old Sam became involved in the Dutch underground. While living in the Jewish quarter and working at various jobs in the Jewish hospital, laundry and factory, Schrijver smuggled ration coupons and forged identification cards for Jews who had gone underground. These he made from authentic ID cards he lifted from the coats of unsuspecting Dutchmen, who had hung them in restaurants and other public places. During the large razzia of May 1943, Schrijver narrowly escaped capture by retreating to a hiding place he fashioned in the factory building. A few months later, however, he was arrested for resistance activity and severely beaten during an interrogation. After escaping from his captors, he moved to The Hague, but was soon betrayed and sent to the Gestapo prison at the infamous Oranjehotel. From there, he was deported to Westerbork in February 1944, where he was placed in the punishment block. A few days before the liberation of the camp, Schrijver escaped in order to alert the allies to the existence of one thousand prisoners in the camp. He feared the allies would launch an attack on Westerbork and, in the process, kill the surviving Jewish prisoners. After overcoming the initial distrust of the Canadian officers, Schrijver returned to the camp with a patrol of Allied troops, who liberated Westerbork on April 12. Schrijver stayed on in Westerbork for several weeks, serving as a guard in the newly established internment camp for Dutch collaborators. He and the other Jewish survivors were formally released only after lengthy political interrogations. Schrijver later returned to Amsterdam. He married Ann Euwen in May 1953, and the following year emigrated to Canada.