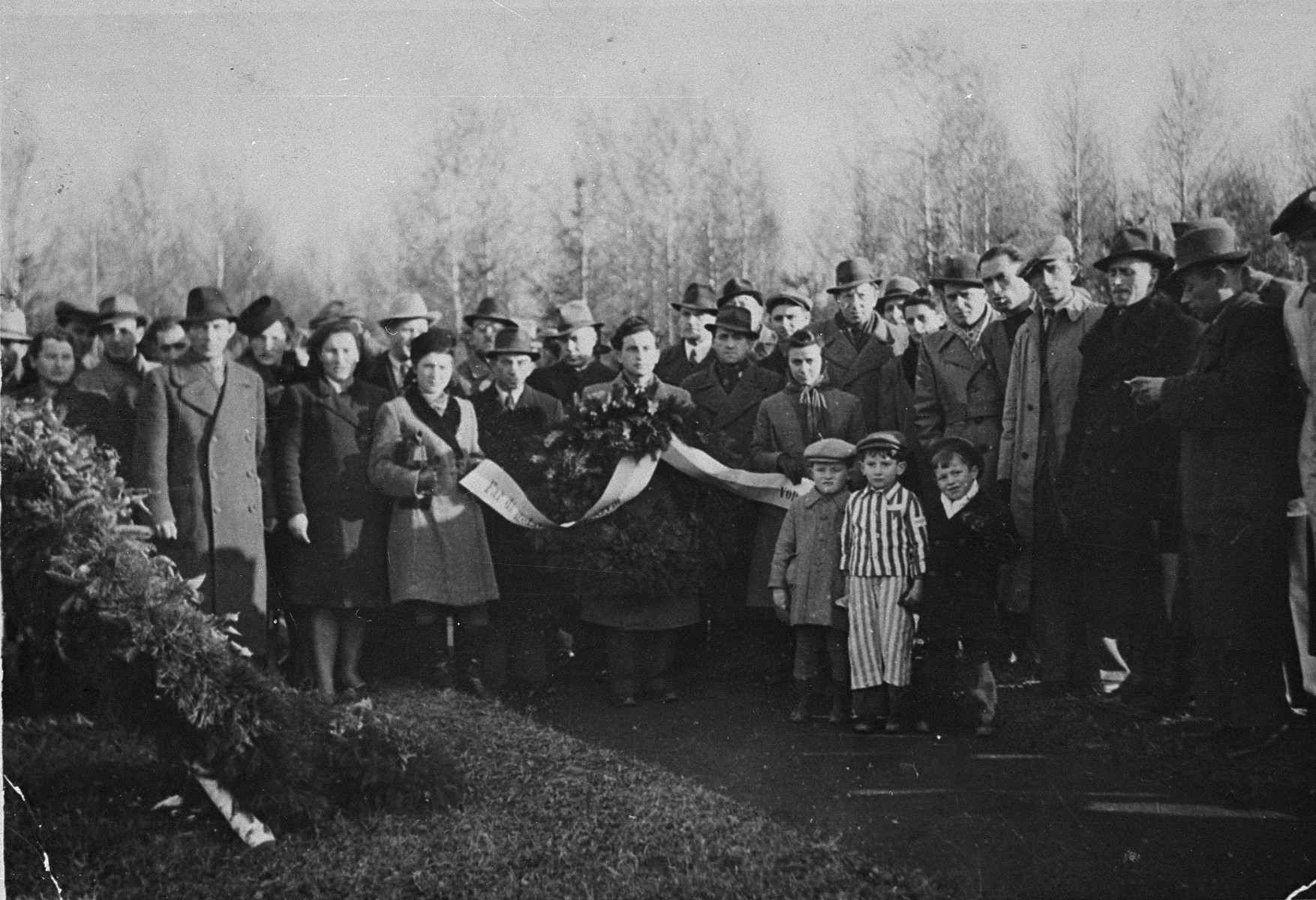 The little boy in the concentration camp uniform may be Joseph Schleifstein.