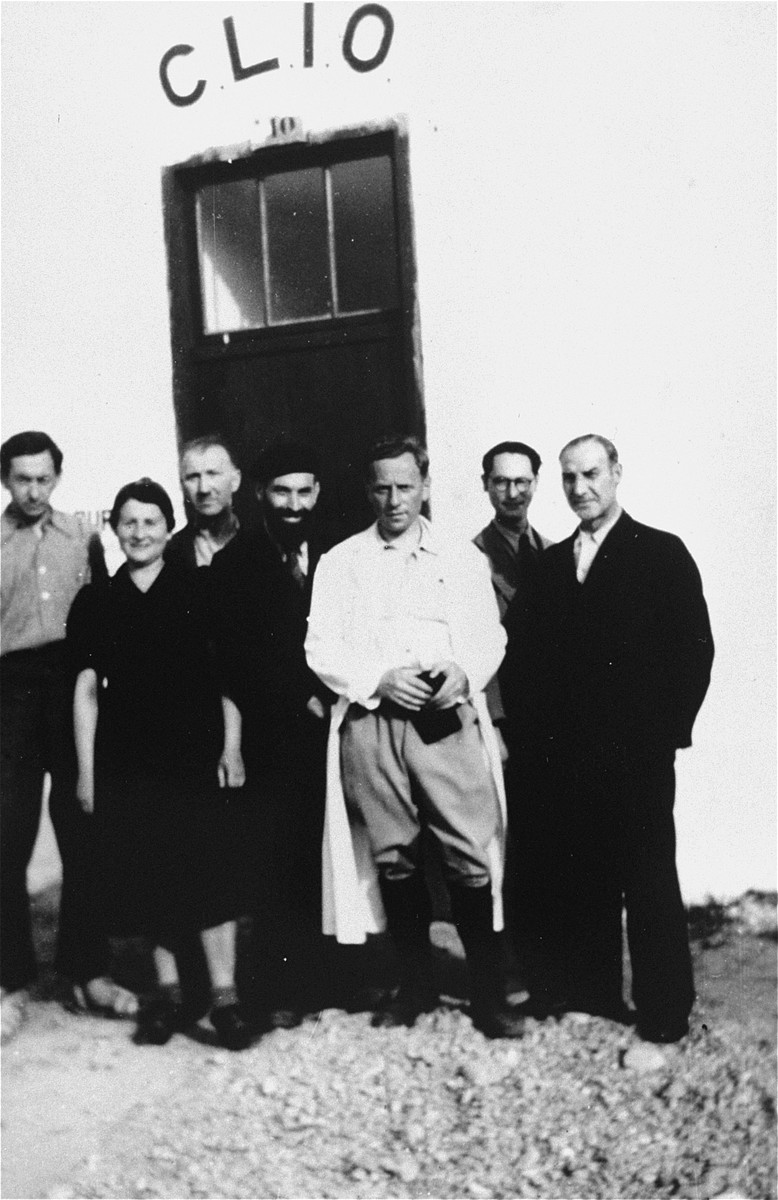 Pictured third from left is Erwin Heilbronner. Also pictured in the center is Rabbi Jacob Bloch, the founder and chair of the committee and rabbi of the camp. Dr. Malkin of the OSE is pictured in the white coat.

Rabbi Jacob Bloch (b. 1906; d. 1983?) was educated and ordained at the Breuer yeshiva in Frankfurt am main. He was deported to Rivesaltes with his wife and children from Bishofsheim, Germany in March 1941. On August 1, 1942, Bloch was able to escape from Rivesaltes. Bloch roamed about France, hiding as he could, and finally, made it over the border to Switzerland. In 1946, he and his family immigrated to the United States via Italy. Rabbi Bloch settled in New York where he continued his rabbinate.