Fritz Sauckel follows the proceedings of the International Military Tribunal trial of war criminals at Nuremberg. 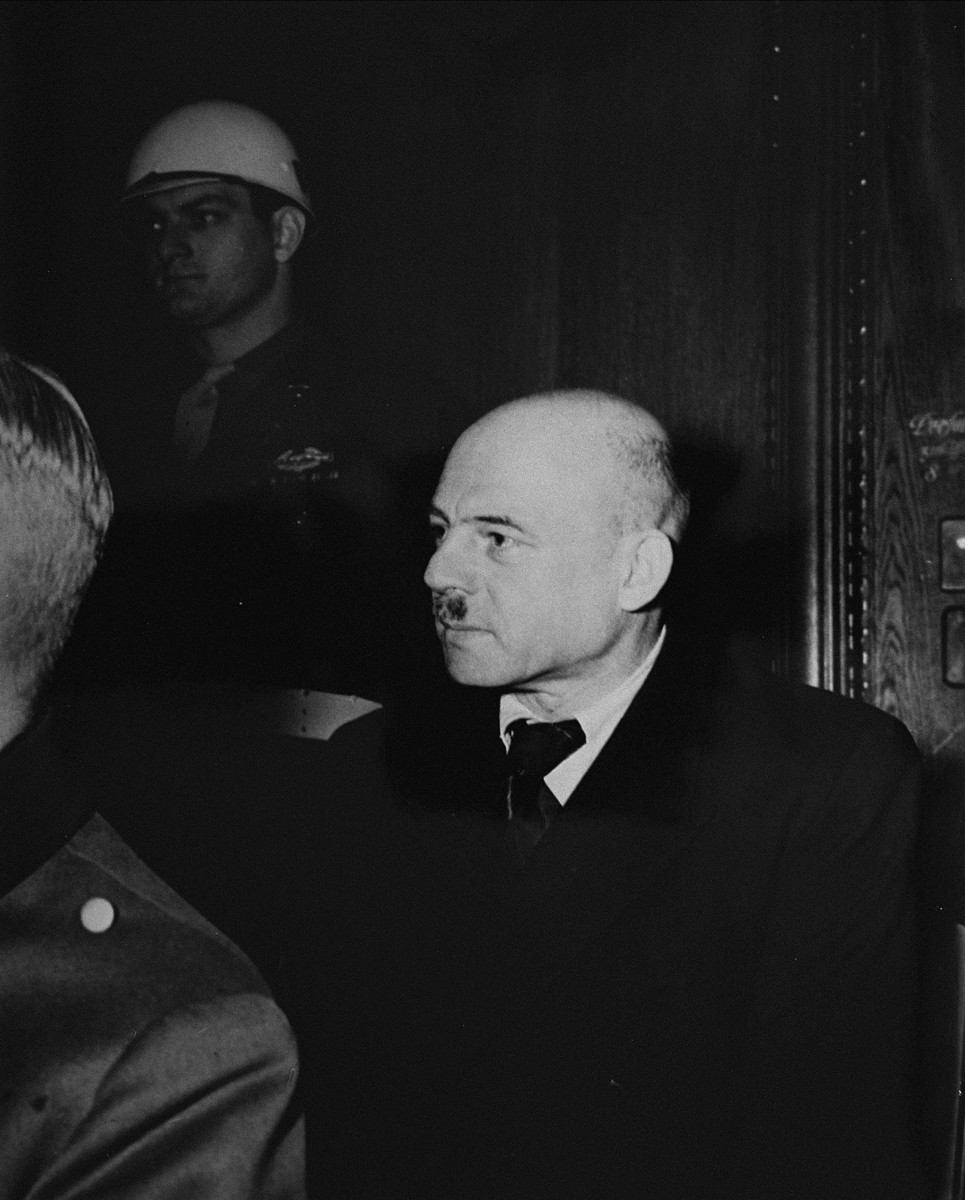 Fritz Sauckel follows the proceedings of the International Military Tribunal trial of war criminals at Nuremberg.

https://encyclopedia.ushmm.org/content/en/article/international-military-tribunal-at-nuremberg.
Biography
Fritz Sauckel (1894-1946) served as Plenipotentiary General for the Employment of Labor. In this capacity Sauckel was responsible for providing the workforce, and in response to the increased demand for workers, millions of forced labors were taken from occupied territories. A defendant at the International Military Tribunal in Nuremberg, he was found guilty on two counts and sentenced to death. Sauckel was hanged on October 16, 1946.