Two young girls in the Kovno ghetto wearing Stars of David that were fashioned out of wood by their uncle. 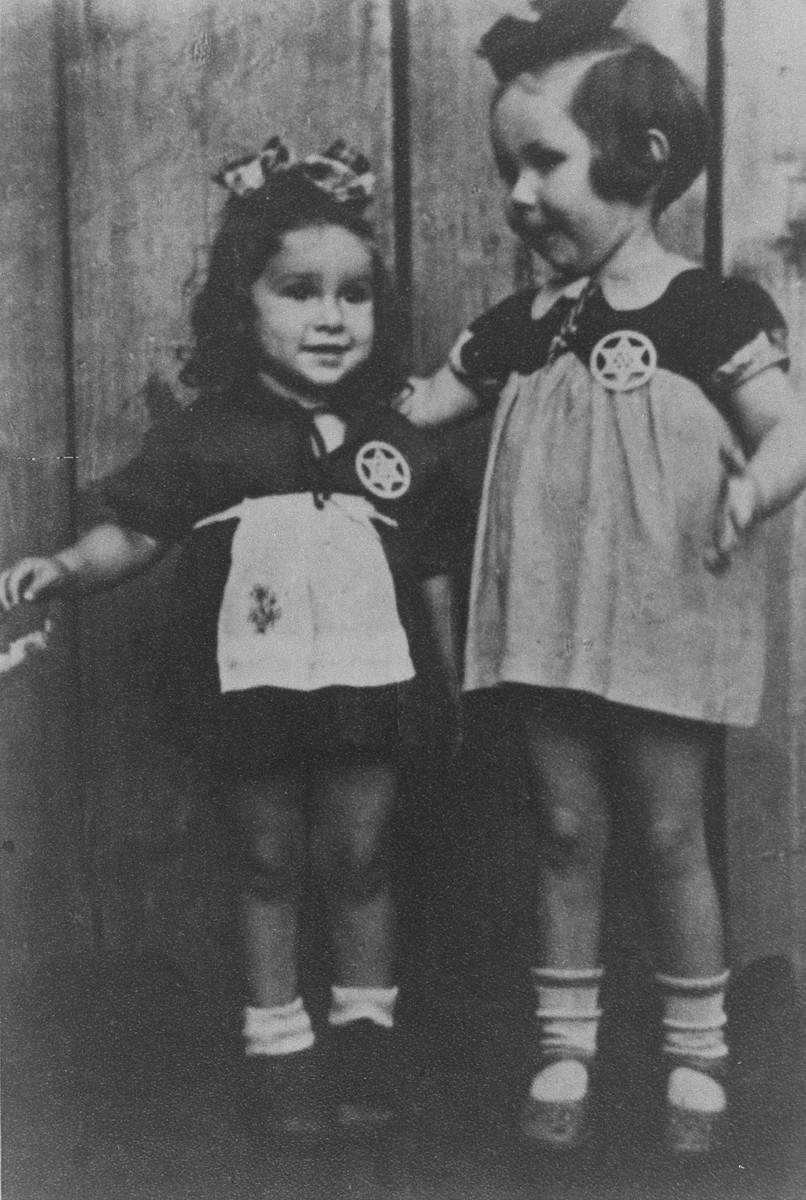 Two young girls in the Kovno ghetto wearing Stars of David that were fashioned out of wood by their uncle.

Pictured are Henia Wisgardisky (right) and her cousin, Bluma Berk. This photograph was taken a few months before Henia's mother smuggled the two girls out of the ghetto. Both children were hidden by Lithuanian families and survived the war.

Shoshana Sarid (born Bluma Berk) survived the war in hiding with a Lithuanian family. Bluma's father, Berl Berk, was killed by the Germans at the Fourth Fort in Kovno, during the Intelligenzaktion (the action against intellectuals) on August 18, 1941. Her mother, Yente, was deported to Stutthof, but survived.