The body of Lt. Aleksander Pechersky lies in an open coffin during his funeral. 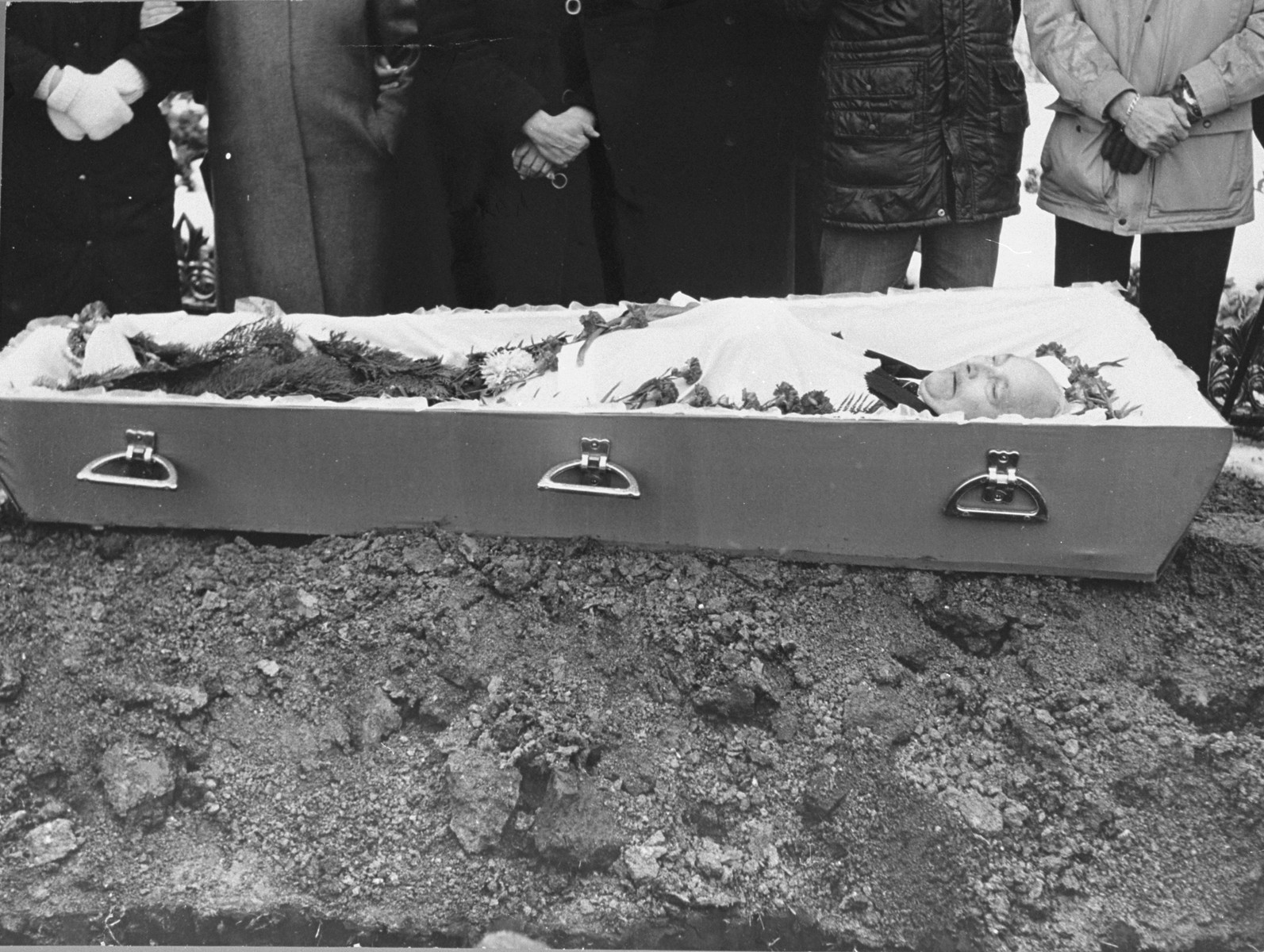 The body of Lt. Aleksander Pechersky lies in an open coffin during his funeral.

Biography
Lt. Aleksander Pechersky was a Soviet Jewish POW brought to Sobibor in September 1943. He was put in command of the underground shortly after his arrival, with Leon Leib Felhendler as his deputy. On October 14, 1943 the uprising broke out in the camp. Eleven SS men and several Ukrainian guards were killed during the revolt, and about three hundred prisoners escaped, but most were killed. At the end of the war, about fifty Jews survived of those who escaped during the uprising.