A defendant at the trial of 61 former camp personnel and prisoners from Mauthausen, stands in his place in the defendants' dock. 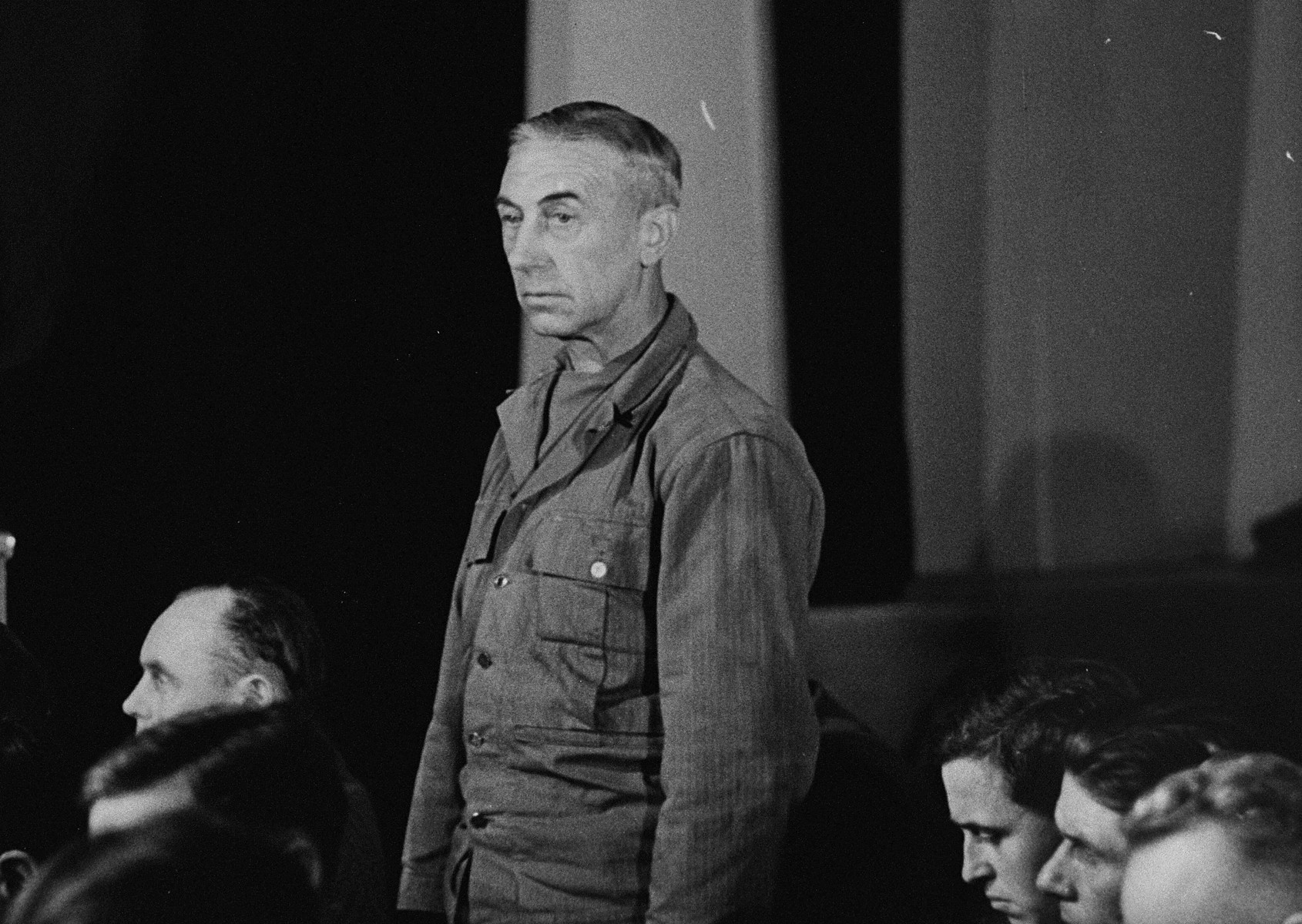 A defendant at the trial of 61 former camp personnel and prisoners from Mauthausen, stands in his place in the defendants' dock.

The defendant is probably Julius Ludolf, a former Lieutenant in the SS and the commandant of Melk.

Biography
Julius Ludolf (1893-1947), SS lieutenant who served as the commandant of a series of sub-camps of Mauthausen, including Loibl-Pass, Gross-Raming, and Melk. Ludolf took command of Melk in May 1944 and remained there until the last of the prisoners was evacuated in April 1945. He was greatly feared by those around him, both staff and prisoners, who characterized him as violent and self-indulgent. An alcoholic, he would often brutally beat up prisoners. He also stole large quantities of food and cigarettes from both the prisoners and his staff. American troops captured Ludolf in early May 1945. He was brought to trial before the U.S. Military Court in Dachau, which sentenced him to death. He was hanged on May 27, 1947.