The defendants remove their shoelaces and personal possessions at the beginning of the trial of 61 former camp personnel and prisoners from Mauthausen. 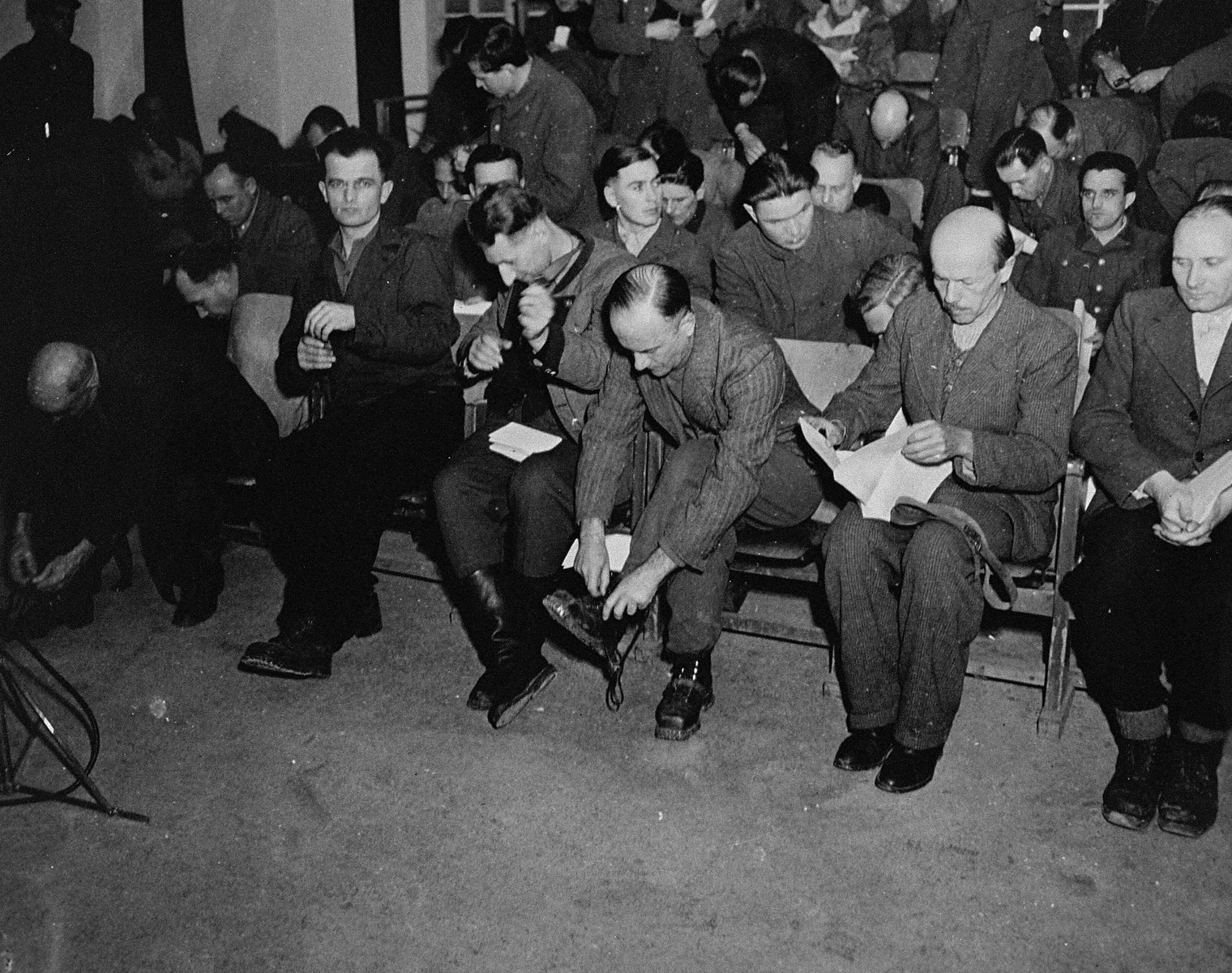 The defendants remove their shoelaces and personal possessions at the beginning of the trial of 61 former camp personnel and prisoners from Mauthausen.

Event History
Sixty-one former camp personnel and prisoners from Mauthausen were brought to trial in front of an American Military Tribunal in Dachau, Germany. All of the defendants were charged with violation of the laws and usages of war, and specifically with subjecting non-Germans to killing, beating, torture, and starvation. Among those charged was August Eigruber, the former Gauleiter of Upper Austria and one of the people who helped establish the camp. The trial began March 29 and lasted only six weeks, with the court finding all sixty-one defendants guilty on May 11, saying that there was enough evidence of death by shootings, gassings, hangings and starvation to find every member of the camp personnel culpable. On May 13, the court sentenced fifty-eight of the defendants to death and gave the other three life sentences. Later, nine of the death sentences were reduced to life sentences. Those sentenced to death were hanged on May 27-28, 1947 in the yard of the Landsberg prison.
https://www.ushmm.org/wlc/en/article.php?ModuleId=10005140.