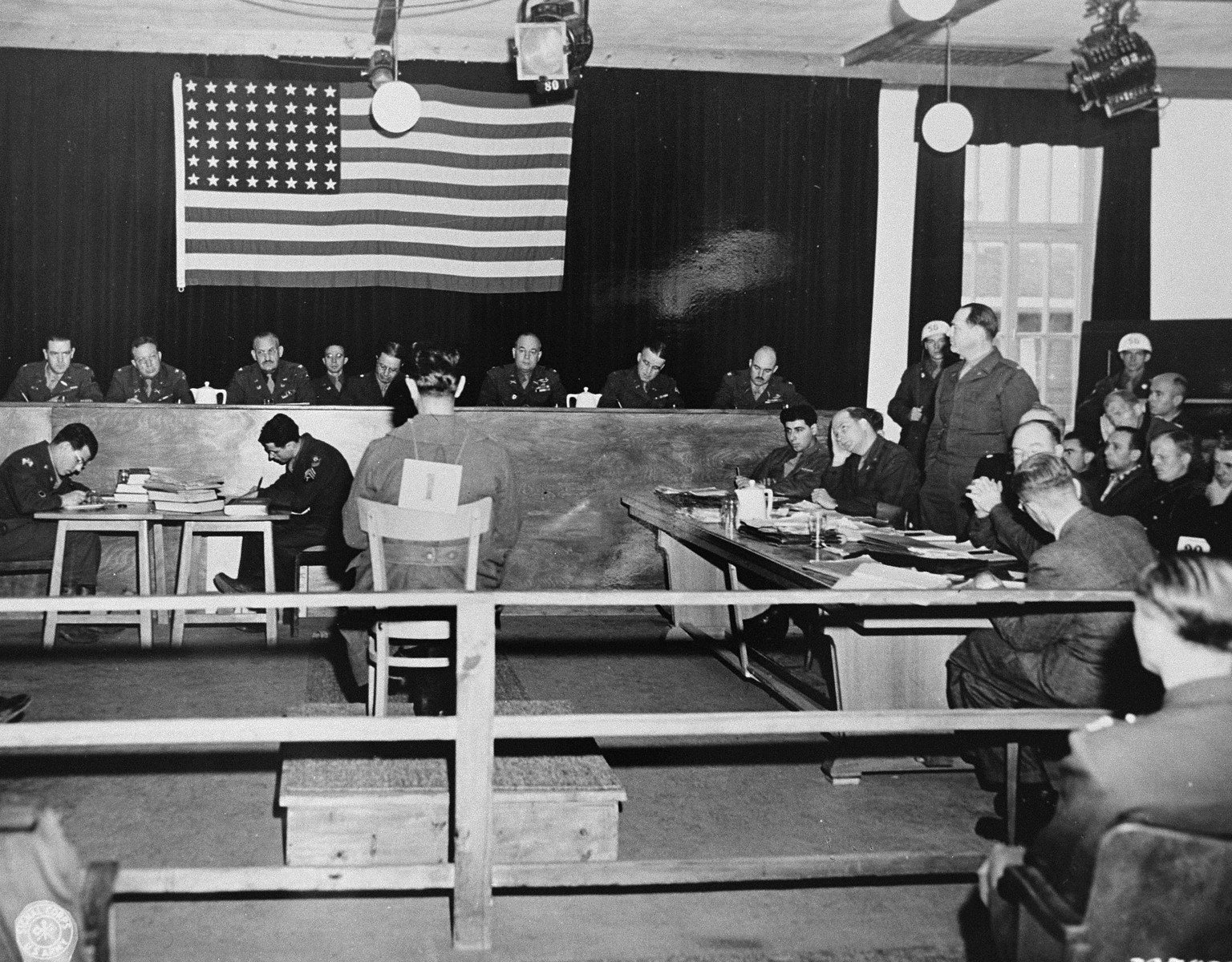 Event History
The Dachau concentration camp trial opened on November 2, 1945 in Dachau, Germany. Forty individuals who had participated in the operation of the Dachau concentration camp were charged with the murder and mistreatment of foreign nationals imprisoned there. Among those charged were Martin Gottfried Weiss, the camp commandant from 1942-1943; Dr. Klaus Karl Schilling, an SS physician who was brought to Dachau to find a method of immunizing people against malaria; and three former prisoners. The trial lasted from November 15 to December 13, 1945, with seventy witnesses called for the prosecution and fifty witnesses called for the defense. All forty defendants were found guilty, with thirty-six being sentenced to death by hanging (including Weiss and Schilling), one sentenced to hard labor for life, and three sentenced to hard labor for ten years. A few of the sentences were reduced after a review board determined the defendants were involved to a lesser degree than originally believed, but most were upheld. Those sentenced to death were hanged on May 28-29, 1946 at Dachau.
https://www.ushmm.org/wlc/en/article.php?ModuleId=10007145.