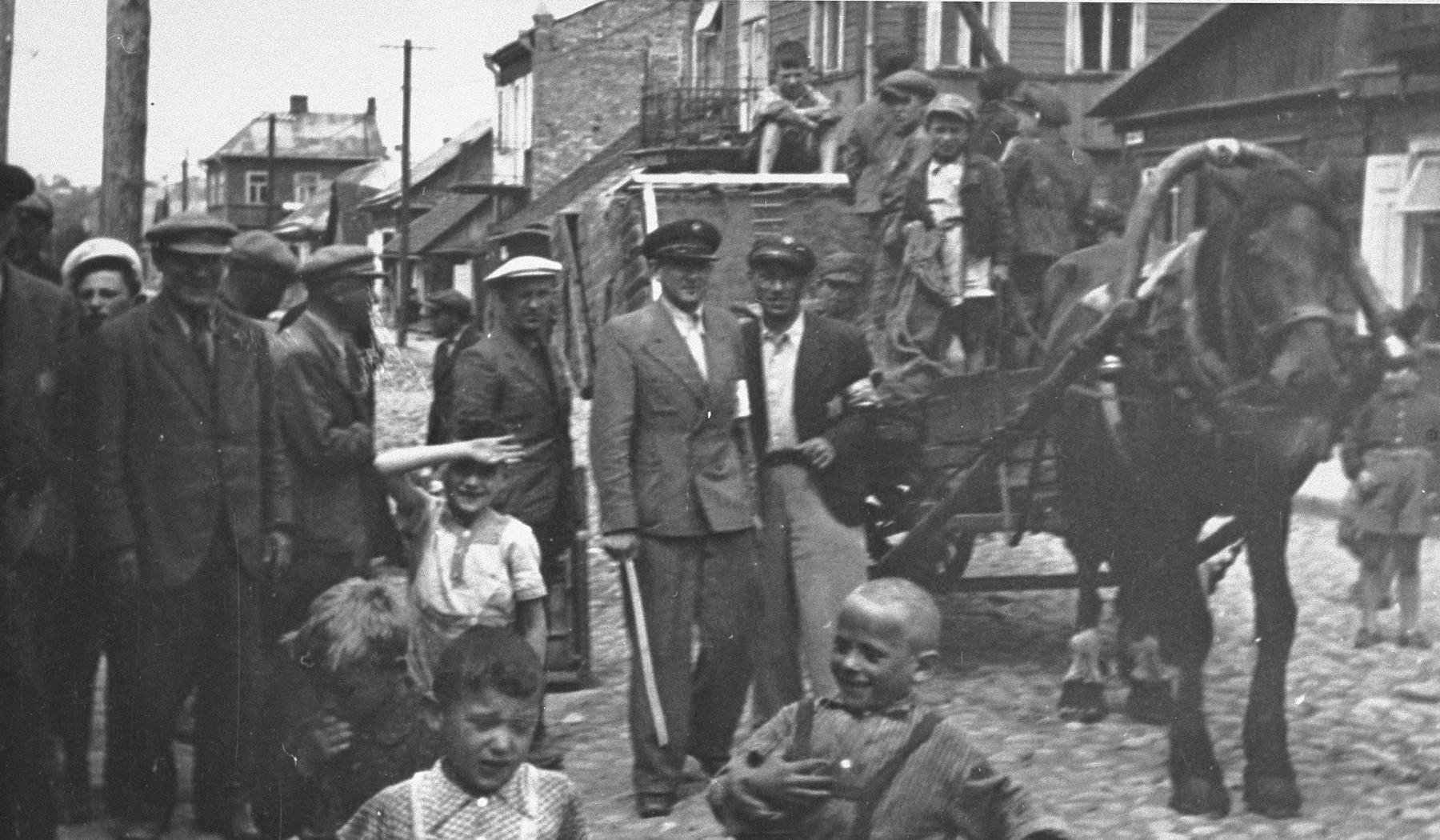 The wagon is transporting mattresses to former cinema being used to house Jews arriving to the ghetto from Zezmer.